An Arctic air mass blamed for the deaths of more than 20 people in the United States has begun moving out to sea, easing its grip on about a dozen states that have endured days of record-breaking cold.

And in an extreme but mostly welcome swing in the weather, forecasters were predicting that this week's deep freeze will be replaced by almost spring-like temperatures by the weekend.

The so-called polar vortex that descended on the US Midwest and Northeast will go down in memory for its scenes of winter at its most bitter.

Blocks of ice crunched down the river that runs through downtown Chicago, the Niagra Falls turned to solid ice in places, and half the Great Lakes were covered in ice.

US media reported as many as 21 weather-related deaths since a snow-storm hit the Midwest early in the week, followed by plunging temperatures Wednesday and yesterday.

Temperature readings were nosing up on Friday and "will continue to moderate," the National Weather Service said.

Now, though, the concern is the threat of flooding and further stress on already strained infrastructure as the region thaws out.

"In some areas of the Midwest, the coming wild temperature swing will be the most extreme warm-up from record winter cold ever seen in such a short time period," Jeff Masters, meteorologist at the firm Weather Underground, said. 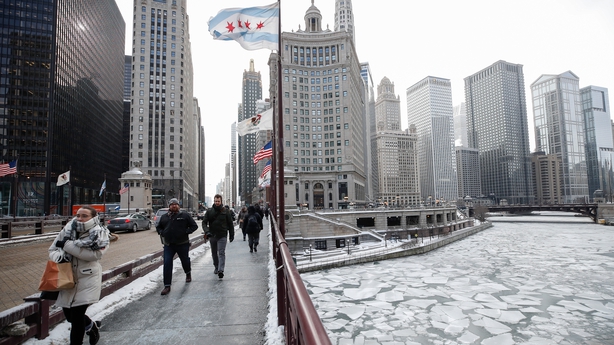 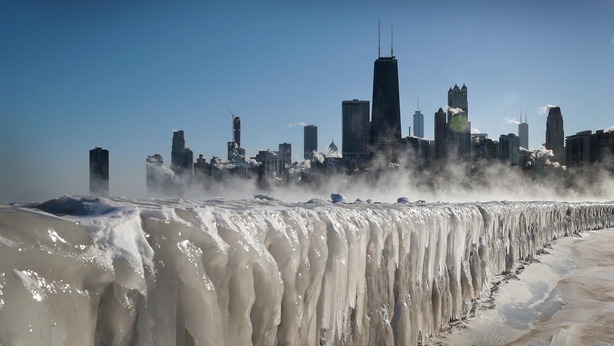 Read more: What exactly is the polar vortex?

The Arctic air mass that veered off its normal polar route broke more than 340 records in communities across a cluster of states, according to the Midwestern Regional Climate Center.

With wind chill factored in, temperatures dropped to as low as -53 degrees Celsius in Minnesota, -51C in Wisconsin, -58C in Iowa and -48C in Illinois.

By Monday, the weather was expected to be comparably balmy - around 10C in Chicago and Detroit.

"It's important to remember that the rapid change in weather and snow melt could lead to dangerous flooding," James Joseph, the regional director of the Federal Emergency Management Agency (FEMA), said in a statement.

In the region around Niagara Falls, officials worried that ice jams could raise water levels in the Upper Niagara River, according to local TV station WIVB. 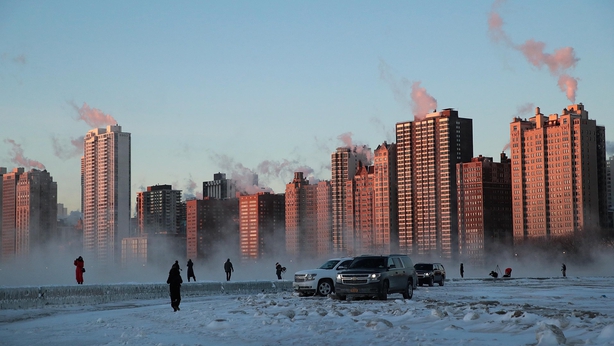 In Detroit and Chicago, which have already contended with dozens of broken water mains over the last several days, more pipes could burst as rapid warming puts pressure on aging systems.

Hypothermia and frostbite proved to be major dangers.

The University of Iowa confirmed that among the dead was Gerald Belz, a pre-med student who died on 30 January. Local media reported that the 18-year-old was found unconscious outside a university building when temperatures were in the negative double digits in Iowa City.

A 38-year-old Wisconsin woman was found frozen Wednesday night in an unheated home, and a man froze to death in his back yard Thursday afternoon, the Milwaukee Journal Sentinel reported.