Around 200 people are reported to be missing after a dam collapsed in southeast Brazil near the city of Belo Horizonte.

There are fears the disaster, which unleashed a torrent of mud towards the town of Brumadinho, caused a number of deaths, with a fire services officer telling AFP accounts of "several" fatalities have been received.

In the statement, the fire service said it was confirming "the disappearance of approximately 200 people" after the collapse. 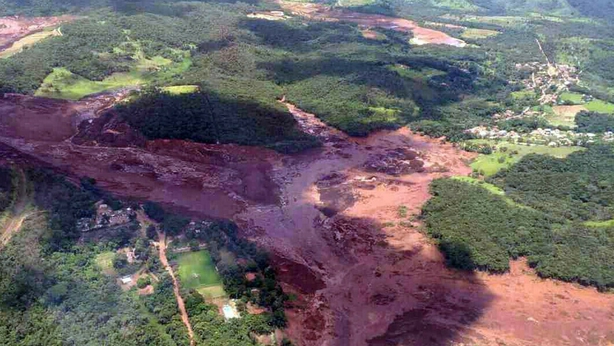 Brumadinho and its surrounding area were difficult for rescuers to access.

The river of mud cut a swath across roads and through vegetation and farmland, damaging and destroying houses.

Helicopters were used to rescue "numerous" people trapped by the mud at various spots, the statement said.