Climate change and deforestation are putting more than half the world's wild coffee species at risk of extinction and threatening the sustainability of global coffee production, scientists have warned.

The species at risk include the popular commercial coffees Arabica and Robusta.

Research published by experts at Britain's Royal Botanic Gardens at Kew found that current conservation measures for wild coffee species are not enough to protect their long-term future.

It found that at least 60% of coffee species are threatened with extinction compared with a global figure of 22% for all plants.

The researchers say coffee species appear to be extinction sensitive, having low adaptive potential, growing in narrow climatic envelopes and in restricted habitats. 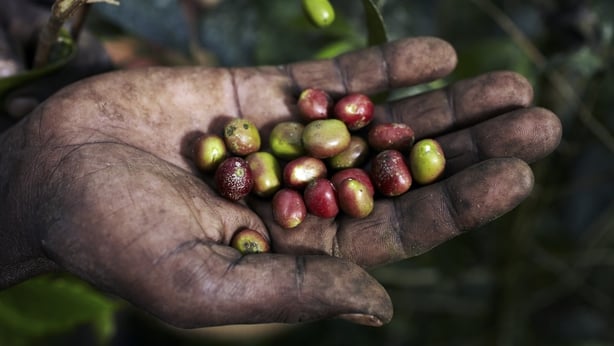 Aaron Davis, head of coffee research at Kew, who co-led the work, said that among coffee species threatened with extinction are some that could be used to breed and develop the coffees of the future, including some that have resistance to disease and that can withstand worsening climatic conditions.

He said targeted action is urgently needed in specific tropical countries, particularly in Africa and particular in forested areas that are being hit hard by climate change.

He noted the findings were not just important for coffee drinkers.

"There are many countries which depend on coffee for the ... bulk of their export earnings. It's estimated there are 100 million people producing coffee in farms around the world," he said.

The researchers, whose work is published in the journal Science Advances, said their findings are a concern for Ethiopia in particular. 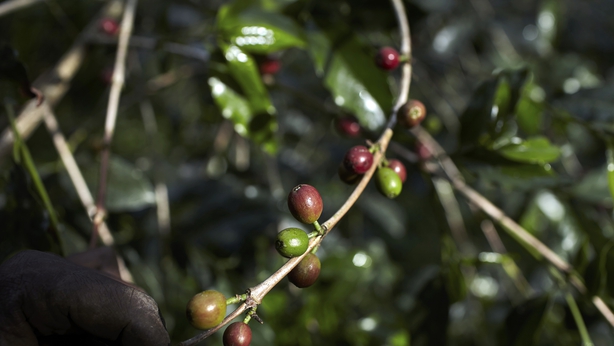 Around 15 million Ethiopians are involved in coffee production and annual exports have an estimated value of a $1bn.

Using computer modelling, the researchers projected how a changing climate would affect wild Arabica in Ethiopia.

They found what they described as "a bleak picture" for the species, with the number of locations where it grows decreasing by as much as 85% by 2080.

In 2017, the team then looked at the influence of climate change on coffee farming, showing that up to 60% of the land used for Ethiopia's coffee production could become unsuitable for use by the end of the century.