Pope Francis has urged European leaders to stop bickering over the fate of 49 migrants stuck aboard two humanitarian rescue ships on the Mediterranean and let them land at a safe port of call.

With his comments in an address to 60,000 people in St Peter's Square for the feast of the Epiphany, Pope Francis jumped into a diplomatic fracas between Italy and Malta and into an internal dispute among leaders of Italy's populist government.

"I make a heartfelt appeal to European leaders to show concrete solidarity for these people," he said.

They were only "seeking a safe port where they can disembark", he added.

Over 32 people are aboard the Sea-Watch 3, a vessel run by a German humanitarian group, which plucked them from an unsafe boat off Libya on 22 December.

They include three small children and four teenagers.

Another ship run by the German group Sea-Eye is carrying 17 people rescued on 29 December.

Last week, nearly two dozen humanitarian groups, including Amnesty International and the United Nations' International Organisation for Migration, called on the European Union to offer a safe port to both vessels.

Speaking at a political meeting shortly before the pope made his appeal, Maltese Prime Minister Joseph Muscat defended his country's refusal to take the vessels, saying it had no legal responsibility for the rescue.

He accused Malta's critics of playing "the Christmas saint" while themselves rejecting the ships. 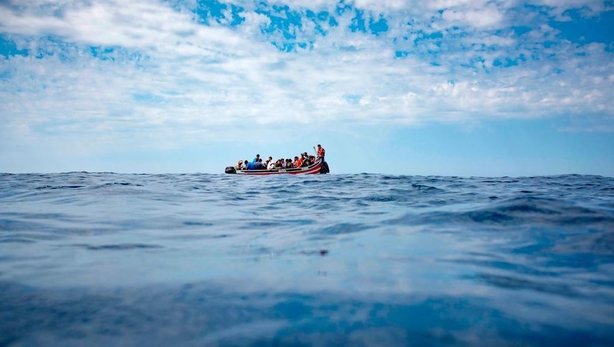 "We need to find a balance between the human aspect and national security. This is an issue that might set a precedent and we should be vigilant about it," he said.

Italy's Deputy Prime Minister Luigi Di Maio, leader of the 5-Star Movement, shot back at Mr Muscat, saying Italy had for years taken migrants who arrived via the Mediterranean.

"Now, Malta has to do its part. That is our position," he said.

Mr Di Maio has said Italy will take in women and children if Malta allows the ships to dock.

But Interior Minister Matteo Salvini, who leads the anti-immigrant League party and has closed ports to rescue ships, opposes this.

Mr Salvini has often criticised the pope, who has made defence of migrants a key feature of his pontificate.

Italy and Malta are predominantly Catholic nations but the Church's influence in politics has waned significantly in recent years.