Germany's Hanover airport temporarily suspended flights earlier after a man drove onto the apron area before police stopped his car and overpowered and detained him.

"Police checks of the vehicle have been completed, no dangerous objects were found. Hanover airport resumed operations at about 20:05 (1905 GMT)," Hanover police said.

They said earlier that the man drove onto the apron area at about 3.40pm local time.

The Hannoversche Allgemeine newspaper reported that the man, who was in his 20s, was under the influence of drugs and was driving a silver BMW with Polish licence plates. 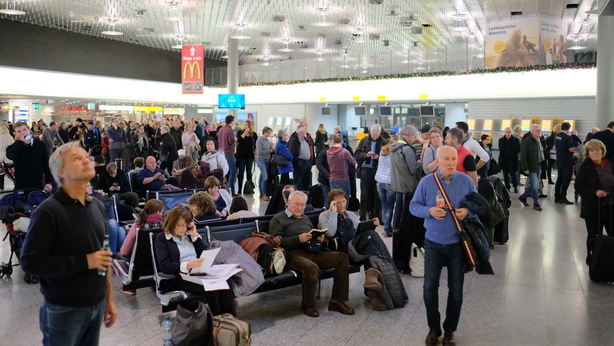 He drove through the perimeter fence and tried to pursue an Aegean Airlines plane that had just landed from Athens, the paper added.

Police stopped him after several hundred metres, it said.

The man is currently being questioned.

Check-in for some flights remained suspended as of this evening while police investigated.

Part of terminal A was closed but the two other terminals were open, police told German news agency DPA.

Incoming flights were being diverted to other airports.