Jeremy Hunt has warned the EU must provide further assurances over the Irish border backstop if Theresa May's Brexit deal is to get through parliament.

The British Foreign Secretary said he believes the backstop is the only "outstanding issue" and can be solved, noting the EU has agreed it is temporary and the UK needs it to define "what temporary is".

He added he is a supporter of Mrs May's deal "with those qualifications to the backstop" and predicted such assurances would sway MPs as they weigh up the prospect of a "cataclysmic" no-deal Brexit.

Mr Hunt also said there is a need to have a "version" of Mrs May's deal that they can get through parliament.

His remarks came as Jeremy Corbyn urged Mrs May to cut the Christmas recess short and recall parliament so MPs can vote on the Brexit deal.

The Labour leader said he wanted to have a vote "as soon as possible", and accused Mrs May of trying to "run down the clock" and offer MPs a choice between "the devil or the deep blue sea".

MPs are due to return to the Commons on 7 January after a two-week Christmas break, and will begin a new debate on Mrs May's deal on 9 January, with a vote expected to take place the following week.

Mr Hunt, appearing on BBC Radio 4's Today programme, said: "The EU has agreed that the backstop is temporary and what we need them to do is define what temporary is.

"So my view is this is not the time to be talking about what other major changes we might be faced with making because actually we can get this through.

"We can get this through, absolutely can."

Mr Hunt reiterated the need for the EU to define the temporary nature of the backstop, adding: "Because if it is temporary then parliament can live with that, but you need to show us.

"So I am a supporter of Theresa May's deal with those qualifications to the backstop and I think MPs, as they reflect on how close we are to an agreement, but also how cataclysmic it would be if we didn't end up having an agreement we could get through parliament, the best thing is to put our heads down and make sure we have a version of this agreement that we can through parliament."

Asked if he was interested in becoming Conservative Party leader, Mr Hunt replied: "I think we have a very good leader of the Conservative Party, a very good Prime Minister, frankly, doing probably the most difficult job of any leader in the Western world right now, and what we need to do - as she's battling for Britain - is get behind her."

Mr Corbyn, in an interview with the Independent, refused to be drawn on whether Labour would seek to extend Article 50 to keep the UK in the EU for longer. 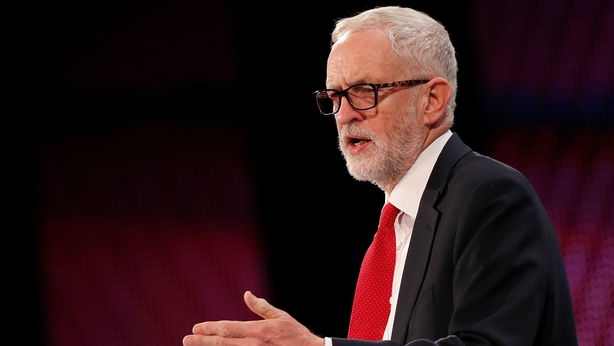 He said: "Lots of things are possible, the EU has long form on reopening and extending negotiations, but let's not jump too many hoops when we haven't arrived at them."

Mr Corbyn also said it was in Mrs May's hands whether she should recall parliament a week early, on 2 January.

"I want us to have a vote as soon as possible, that's what I've been saying for the past two weeks, and if that means recalling parliament to have the vote let's have it," he told the paper.

"But it looks to me the government has once again reneged on that and tried to put it back another week.

"We need to have that vote so a decision of parliament can be made. What I suspect is that it's a completely cynical manoeuvre to run down the clock and offer MPs the choice of the devil or the deep blue sea," he added.

A Downing Street source labelled Mr Corbyn's call a "silly demand", and said: "Following debate in the Commons, in the week commencing 14 January MPs will vote on the Brexit deal.

"Instead of making silly demands, Jeremy Corbyn should be honest with voters that he has no alternative plan, and only intends to frustrate Brexit - ultimately betraying the referendum result."

Elsewhere, shadow chancellor John McDonnell dismissed the idea of an indicative vote to find which Brexit options MPs would be prepared to support if the prime minister's deal is rejected.

The shadow chancellor told the Financial Times such a move would "run the clock down even further towards March 29", when Britain is due to leave the EU.

Spain preparing for a no-deal scenario

The Spanish Prime Minister has said his government is preparing emergency measures to preserve the rights of Britons in Spain in the event of the UK leaving the European Union without a deal.

"I want to sent a message of calm to Spaniards who live in Britain and also to Britons who live in Spain: their rights will be maintained whatever the scenario," Prime Minister Pedro Sanchez told a year-end news conference following a weekly cabinet meeting.

The government will adopt measures by a decree-law which will be presented at the beginning of February "at the latest" that will ensure Britons would keep their rights even if Britain leaves the EU without a deal as long as Spaniards get the same treatment in Britain, he added.

The measures, which have been drawn up in "close cooperation" with Brussels and other EU member states, will also protect bilateral trade ties, the prime minister added.

Officially, over 300,000 Britons reside in Spain, but many do not bother to register, with estimates suggesting between 800,000 to a million live in the country. Around 115,000 Spaniards are registered as living in Britain.