Indonesian search and rescue teams have plucked stranded residents from remote islands and pushed into isolated communities desperate for aid in the aftermath of a volcano-triggered tsunami that killed over 400.

But torrential rains hampered the effort and heaped more misery on the region, as officials warned another killer wave could hit the stricken area.

The disaster agency warned residents to stay clear of the coast, as fresh activity at the Anak Krakatoa volcano, which sits in the middle of the Sunda Strait between Java and Sumatra islands, threatened to spark another tsunami.

The agency also said that wind was blowing "ash and sand" from Anak Krakatoa to the nearby towns of Cilegon and Serang on Java, and advised residents to wear masks and glasses if they had to venture outdoors. 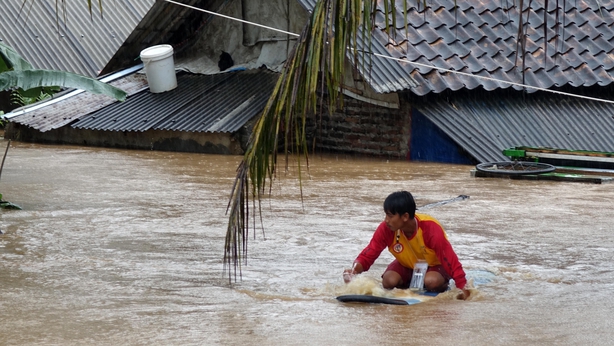 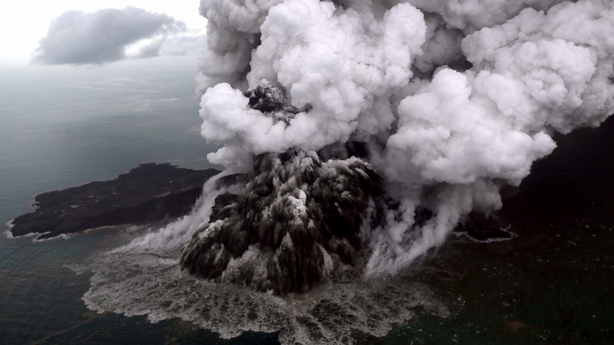 A section of the crater - which emerged at the site of the legendary Krakatoa volcano, whose massive 1883 eruption killed at least 36,000 people - collapsed after an eruption and slid into the ocean, triggering Saturday night's killer wave.

It struck without warning, washing over popular beaches and inundating tourist hotels and coastal communities, leaving a trail of death and destruction in its wake.

The disaster agency slightly raised the death toll to 430, with 1,495 people injured and another 159 missing.
Nearly 22,000 people have been evacuated and are living in shelters. 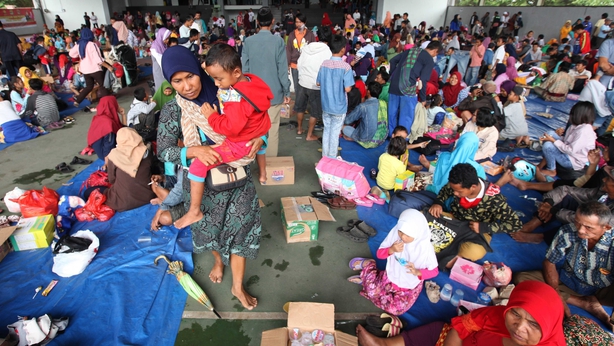 Medical workers have warned that clean water and medicine supplies were running low - stoking fears of a public health crisis - as thousands of displaced survivors cram shelters and hospitals. 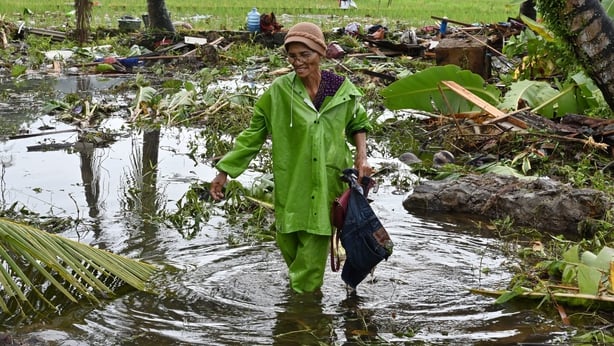 Many have been left homeless by the killer wave, and fear going back to their communities.

The disaster agency dispatched helicopters to drop supplies into hard-to-reach communities, while hundreds of residents on tiny islands in the Sunda Strait were airlifted or taken by boat to shelters. 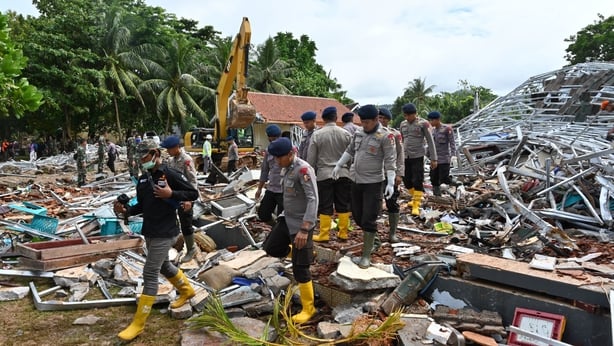 Sniffer dogs are being used to find those still missing as grief-stricken relatives lined up at identification centres.

But hopes of finding any survivors beneath the rubble have dwindled.

At the Tanjung Lesung resort, cars and minibuses had been thrown against buildings, concrete walls cracked into small pieces and trees uprooted. A wooden sign that read "Good Times" lay on the ground. 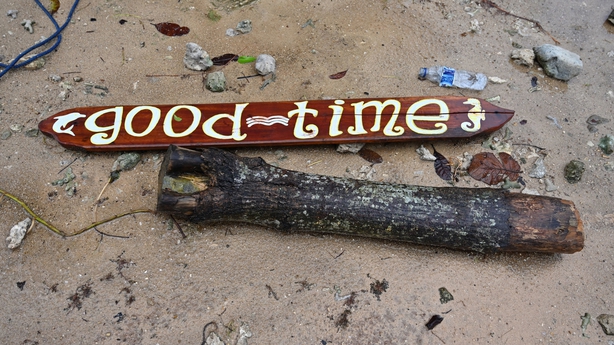 The tsunami struck the resort as more than 200 workers from the state electricity company were watching pop band Seventeen perform.

The four-member group was hurled from the stage as the water slammed into the audience - only the band's lead vocalist survived.

The tsunami was Indonesia's third major natural disaster in six months, following a series of powerful earthquakes on the island of Lombok in July and August and a quake-tsunami in September that killed around 2,200 people in Palu on Sulawesi island, with thousands more missing and presumed dead.

On Wednesday, thousands prayed for loved ones at mass graves and mosques to mark the 14th anniversary of the 2004 St Stephen's Day tsunami, which killed some 220,000 people in countries around the Indian Ocean.

Indonesia, a vast Southeast Asian archipelago, is one of the most disaster-hit nations on Earth due to its position straddling the so-called Pacific Ring of Fire, where tectonic plates collide.