The number of mortgage accounts in arrears continued to decline in the third quarter of this year, new figures from the Central Bank show.

The number of homeowners in arrears for over 90 days fell to 6.2% at the end of September from 6.3% in the previous three-month period, while the rate of arrears over 720 days was broadly stable, declining by just 199 accounts, or 0.7%, in September.

A total of 728,075 private residential mortgage accounts for principal dwellings (homes) were in existence at the end of September. These mortgages had a total value of €98.2 billion.

Of this total stock, 64,510 accounts were in arrears, down 2.9% from the previous quarter.

The Central Bank said a total of 19,322 home mortgages were less than 90 days behind on their payments in the third quarter, down from 20,462 the same time last year.

Its figures also show that the number of home loans in arrears for over 90 days fell by 1.7% over the three month period, marking the 20th decline in this category in a row. 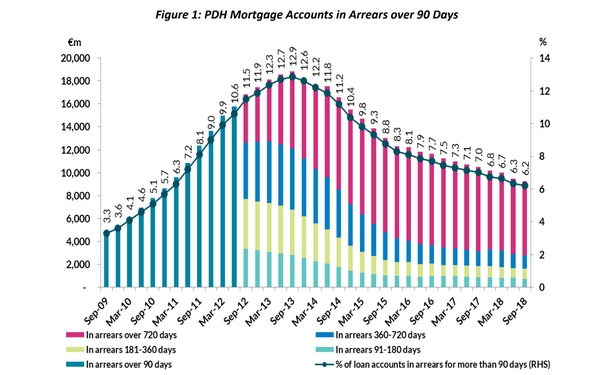 Today's figures also show that 113,871 home mortgage accounts were restructured at the end of September, down by 2,139 compared to the end of June.

Arrears capitalisation continued to account for the biggest share of restructured accounts at 33%, while split mortgages accounted for 24% and interest only and reduced payment arrangements stood at a combined 8%.

87% of restructured home mortgage accounts were meeting the terms of their arrangement, the Central Bank said.

Meanwhile, today's Central Bank figures also showed that 18% of buy-to-let mortgages were in arrears by the end of September.

This represented a 3.4% decrease on the previous three month period.

The outstanding balance on all buy-to-let loans in arrears for more than 90 days stood at €4.6 billion at the end of the third quarter.

The Minister for Finance has said the further reduction in the level of mortgage arrears here shows progress is being made in dealing with a tremendously difficult issue for many families. 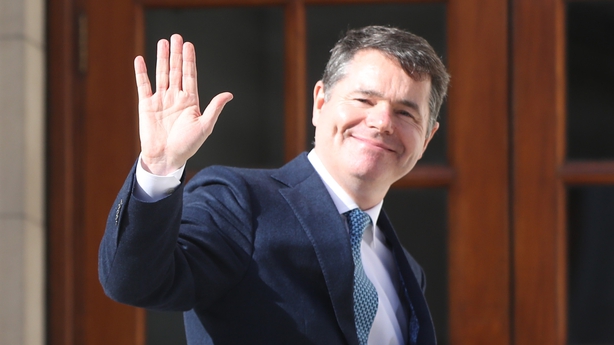 But Paschal Donohoe said we need to continue to make progress in the area.

Minister Donohoe said moving forward he would encourage families and citizens in acute difficulty who feel many solutions are beyond them to engage with the Insolvency Service of Ireland.

Through such engagements the majority of citizens end up staying in their homes, he added.

He also said the Code of Conduct on Mortgage Arrears provides many different arrangements and options.

The minister said he expects banks to adhere to that code.

He said banks and those in difficulty have to continue to engage together to build on the 20 consecutive quarters of reductions in arrears.