Gardaí have seized what they believe to be counterfeit Toyota parts worth €500,000.

The parts were found in a storage facility at Drumgoose, Castleblayney in Co Monaghan.

The operation involved gardaí from Carrickmacross, the Stolen Car Squad and the Criminal Assets Bureau. 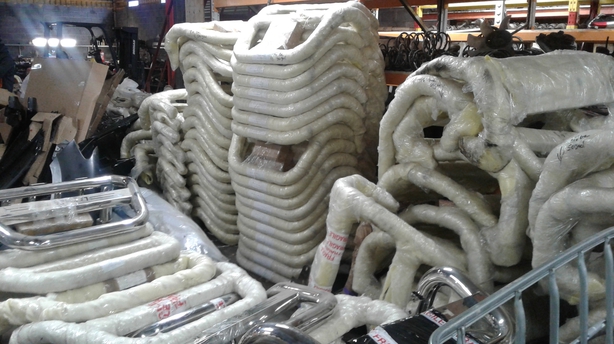 The items recovered will be examined by experts to try and identify where they originated.

Gardaí say no arrests have been made and their investigation is ongoing.