A hunt is under way for a criminal gang involved in the theft of a cash machine from a bank in Co Monaghan overnight.

The incident happened at around 3am this morning at the Bank of Ireland branch on Main Street in Ballybay.

Superintendent Fergus Treanor, from Carrickmacross Garda Station, said the machinery used was stolen from a premises in the Creighanroe area on the Castleblayney to Keady Road between 10pm last night and 2am this morning.

After it was removed, the ATM was placed on another trailer and driven from Ballybay by a dark coloured Toyota Land Cruiser in the direction of Carrickmacross.

It was joined in convoy by a silver coloured BMW car.

One of the wheels on the passenger side of the trailer was missing.

On @RTENews Six One, Gardai are appealing for the public's assistance after a digger was used to steal an ATM with cash in Ballybay in Co Monaghan overnight. Bank of Ireland says the branch will reopen as normal to customers tomorrow pic.twitter.com/2PGYXyomf0

Superintendent Treanor said at least three men were involved in the incident but he said the operation was assisted by other people.

He is appealing to anyone who was out socialising last night in the Ballybay area and saw anything suspicious to come forward.

The machinery involved the raid has been removed from the scene and will undergo further forensic examinations, while the Main Street in Ballybay has reopened.

Gardaí said it will be tomorrow before it is established how much money was in the ATM when it was stolen. 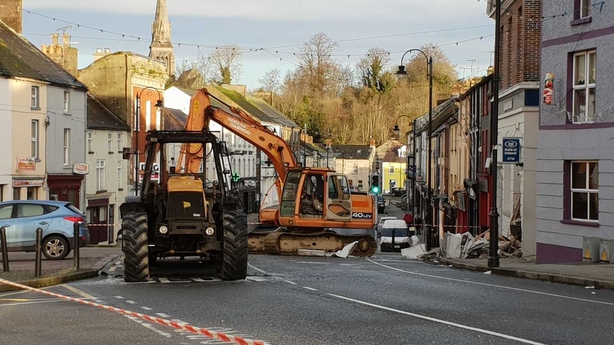 The machines can hold more than €100,000, and it had been filled for the Christmas week, but money had also been taken out by customers over the weekend. 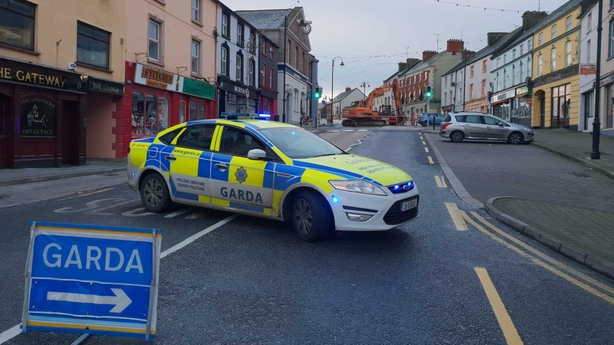 Bank of Ireland said following an examination of the building, the branch in Ballybay will be open tomorrow to customers as normal.