An Indonesian aircraft with 189 people on board has crashed into the sea as it tried to circle back to the capital, Jakarta, from where it had taken off minutes earlier.

Officials have said it is likely there were no survivors from the crash.

Rescue officials said they had recovered some human remains from the crash site, about 15km off the coast.

The pilot had asked to return to base (RTB) after the plane took off from Jakarta. It lost contact with ground staff after 13 minutes.

"An RTB was requested and had been approved but we're still trying to figure out the reason," Soerjanto Tjahjono, head of Indonesia's transport safety committee, told reporters.

"We hope the black box is not far from the main wreckage so it can be found soon," he said, referring to the cockpit voice recorder and flight data recorder.

Search and rescue agency head Muhmmad Syaugi told a news conference that no distress signal had been received from the aircraft's emergency transmitter.

Yusuf Latief, spokesman of national search and rescue agency, said there were likely no survivors. 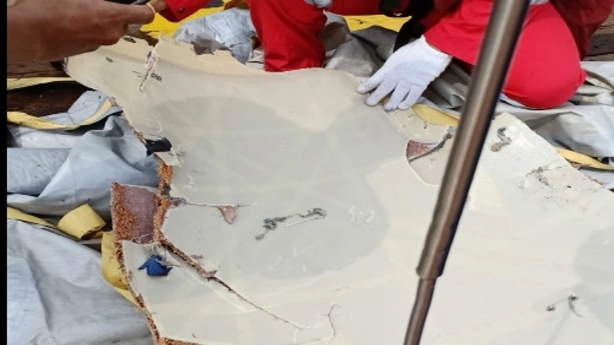 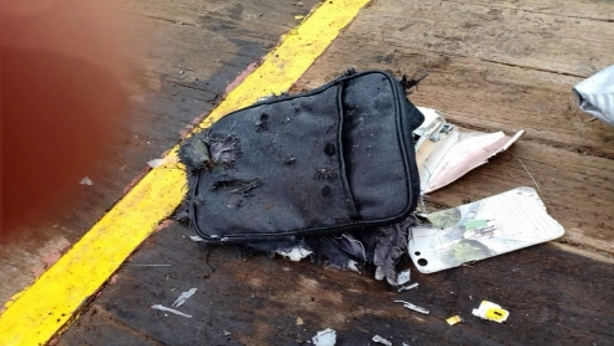 At least 23 government officials, four employees of state tin miner PT Timah and three employees of a Timah subsidiary, were on the plane.

A Lion Air official said one Italian passenger and an Indian pilot were on board.

Edward Sirait, chief executive of Lion Air Group, told reporters the aircraft had had a technical problem on a flight from the resort island of Bali to Jakarta but it had been "resolved according to procedure".

Mr Sirait declined to specify the nature of the issue but said none of its other aircraft of that model had the same problem.

Lion had operated 11 Boeing 737 MAX 8s and it had no plan to ground the rest of them, he said.

The accident is the first to be reported involving the widely sold Boeing 737 MAX, an updated, more fuel-efficient version of the manufacturer's workhorse single-aisle jet.

Privately owned Lion Air said the aircraft had been in operation since August, was airworthy, with its pilot and co-pilot together having accumulated 11,000 hours of flying time.

Indonesia is one of the world's fastest-growing aviation markets, but its safety record is patchy. If all aboard have died, the crash will be the country's second-worst air disaster since 1997, industry experts said. 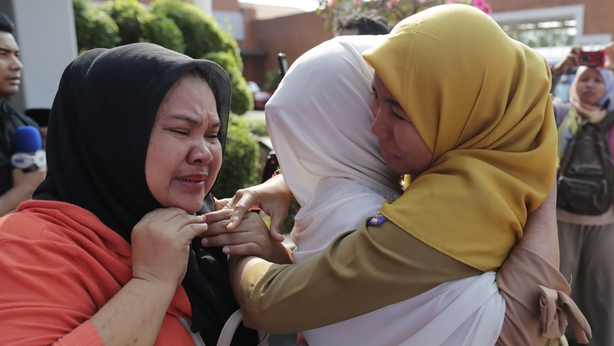 On tarpaulins at Jakarta's port, officers laid out items retrieved from the sea ranging from oxygen bottles to personal belongings such as wallets, a mobile phone, cash and backpacks.

The plane went down in waters about 30m to 35m deep.

Bambang Suryo, operational director of the search and rescue agency, said divers had stopped the search for the night, but sonar vessels would continue hunting for the fuselage, where many of the victims were believed to be trapped.

An underwater drone is also trying to find the wreckage, he said.

The flight took off in clear weather at around 6.20am and was due to have landed in Pangkal Pinang at 7.20am.

Distraught relatives of those on board arrived at the airport in Jakarta and Pangkal Pinang.

A Lion Air executive said the airline had flown 98 relatives to the capital from Pangkal Pinang.

President Joko Widodo told a news conference authorities were focusing on the search and rescue, and he called for the country's prayers.

Boeing was deeply saddened by the loss, it said in a statement, and was ready to provide technical assistance for the investigation.

Under international rules, the US National Transportation Safety Board will automatically assist with the inquiry, backed up by technical advisers from Boeing and US-French engine maker CFM International, co-owned by General Electric and Safran.