Speaking on RTÉ’s This Week programme, Mr Martin said the plan was compromised due to former minister Denis Naughten meeting with the head of a consortium bidding for the plan.

He said there has been an "extraordinary delay" in the process, and that this delay has deprived rural Ireland of the ability to enable economic development in their region.

The Fianna Fáil leader added that the delay was a significant failing by the Government over the last number of years.

His comments were echoed by Social Democrat TD Catherine Murphy, who earlier said the process was "fatally compromised". 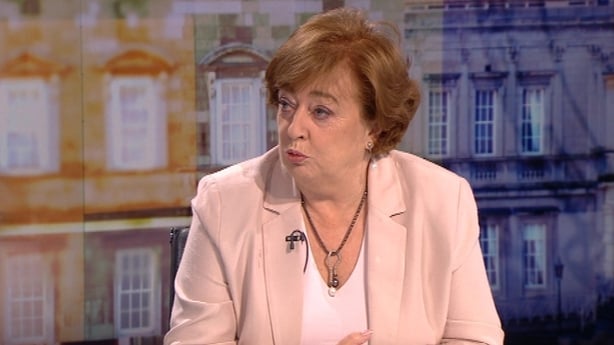 Ms Murphy told RTÉ's The Week in Politics that the process was now absolutely flawed.

However, Fianna Fáil's Communications spokesman Timmy Dooley said failure was not an option and an immense amount of work had already been done.

He said the process had to be salvageable and there was a need to get all the people involved around the table although he said the target date of 2020 was not deliverable.

Fine Gael Junior Minister Patrick O'Donovan said everyone should wait to see what the independent auditor said about the process.

Taoiseach Leo Varadkar has asked auditor Peter Smyth to evaluate whether the tendering process is compromised following the departures of several bidders and the revelations around former Minister Denis Naughten's contacts with the only remaining player.

On the same programme, Minister for Justice Charlie Flanagan said the best way to ensure there's stability in the country and no general election while the Brexit talks are underway is to renegotiate the confidence and supply agreement with Fianna Fail right out to 2020.

Mr Flanagan said the Taoiseach, Leo Varadkar, is not interested in calling a snap election.

He said that because they were operating in a minority government situation, the object of the exercise now must to be the restoration of stability.

Micheal Martin said he doesn't want any preconditions set before negotiations. He said he has made a very reasonable offer, when he said he and Mr Varadkar should agree to continue to pass legislation at least up to the point where any Brexit agreement has been ratified by the House of Commons and the European Parliament.

And he said he had spoken to the Taoiseach last Tuesday and that Mr Varadkar had agreed there should be no preconditions.

He said that while Ms Fitzgerald was hounded from office, the vacancy among senior ministers was that of "a man from the West of Ireland".

Mr O'Donovan said there was shabby treatment of Ms Fitzgerald by people who shot first and asked questions later.

However he pointed to geography dictating the new Cabinet appointments and said he was sure that Ms Fitzgerald would play a role in Fine Gael in the future.

Ms Fitzgerald resigned as Minister for Business, Enterprise and Innovation last November in a row over her knowledge about how Sgt Maurice McCabe was treated at the O'Higgins Commission.

The Disclosures Tribunal report this week largely vindicated Ms Fitzgerald's approach and said she resigned selflessly in the national interest.

Asked about an apology for the former minister, Fianna Fáil Communications spokesman Timmy Dooley said that the Taoiseach misled the Dáil on her state of knowledge.

Mr Dooley said it was not about an apology, but that it was about holding the Taoiseach and ministers to account.

Meanwhile, Independent TD Sean Canney, who has been nominated as a Minister for State, has said his agreement with the Goverement is based on the Programme for Goverment.

Mr Canney dismissed speculation that he received any other assurances.

He said he is delighted to be back as a junior minister and to make a difference for rural Ireland for the future.

Mr Canney said there is a lot of loose talk around the tender process for broadband and he does not consider the process dead.

He said the ongoing review must be completed.

He said it was important that it be delivered so farmers can complete grant applications online and for the safety of the future of post offices.

He also said bringing in additional charges for diesel and petrol in the budget would have been negative for people living in rural Ireland.

He said it would be unfair to put a burden like that on people when there is no other alternative form of transport for them.