Monday 29 September 2008 was a day like no other. Fear gripped the Irish stock market.

Stockbrokers’ screens turned red, shares were in free fall and wealth built up over decades suddenly melted away.

This was not just a bad day on markets. Something had snapped.

Irish blue chip banks, regarded as the nexus of the country’s roaring economy, were collapsing like matchsticks as investors lost confidence by the hour.

Shares in Anglo Irish Bank sank by 46%. Bank of Ireland and AIB were also badly damaged.

Depositors had been moving their money in droves out of Irish banks following the sudden collapse of Lehman Brothers in the US two weeks earlier.

The man in the middle of Ireland’s financial whirlpool was the recently appointed minister for finance, Brian Lenihan.

For decades bankers had been subject to "light touch" regulation.

It meant Ireland’s regulators did not fully understand what had been going on behind the walls of the banks.

But the financial institutions were at the heart of the economy. If they failed, the patient died.

In order to keep the banks alive, the government would have to step in.

After the stock market closed a subdued group gathered at Government Buildings.

At 6pm Brian Lenihan hurried across to the Taoiseach’s office. 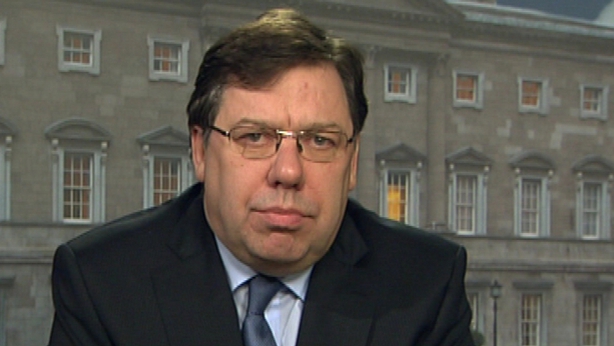 Three hours later the chief executive and chairman of AIB, Eugene Sheehy and Dermot Gleeson, and their opposite numbers in Bank of Ireland, Brian Goggin and Richard Burrows, entered Government Buildings.

The market had been gripped by rumours that Anglo Irish Bank would not be able to open for business the next day.

Hours earlier the bank’s chairman, Sean FitzPatrick, had asked Bank of Ireland to take over Anglo Irish and rescue it from collapse. The offer was politely declined.

All the banks were hanging by a thread because the bond market had cut off their funding.

Traditionally banks had adopted a simple model of taking deposits from savers and lending the same money to borrowers.

But the avarice that characterised the Celtic Tiger epoch meant insufficient money was left on deposit to meet the bankers’ plans to boost profits so they borrowed heavily from the bond market.

These loans were short-term borrowings. 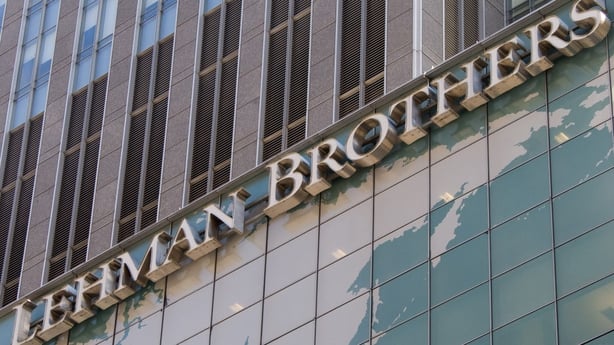 After the collapse of Lehmans, lending to banks was suddenly a risky business – particularly if they were in Ireland.

The good name of the Irish taxpayer would have to be used to prevent the banks from going bust.

On 29 September then ministers Micheál Martin, Noel Dempsey and Tánaiste Mary Coughlan were put on notice that a cabinet decision would have to be reached later that night.

By then the European Commission had learned "something serious" was up in Dublin, but not the particulars.

Brian Cowen fretted that the media would hear about the plan early and a leak would derail it.

After a lengthy wait, the four bankers were brought in to meet the politicians. The message from the banks was stark.

AIB and Bank of Ireland, once regarded as impregnable, only had enough money for a matter of weeks.

After midnight work began on refining a draft of a statement from the government.

That press release would tie the Irish taxpayer to the banks. Its language was unambiguous.

The State would guarantee the deposits, loans and obligations of the six Irish banks.

Cabinet ministers agreed to the measure – some were contacted by phone in the early hours of the morning.

John Gormley’s garda driver was sent to reach the then minister because his phone had run out of battery. The police officer called to his house, woke Mr Gormley and asked him to contact the Taoiseach’s office.

An advance copy of the guarantee was sent to the European Central Bank at 4.30am.

The government said the banks had liabilities of €440bn and assets of €500bn.

But the assets were an estimate based on a property market that had overdosed on a frenzy of cheap credit.

I called the Department of Finance at 5am and was briefed on the contents of the government’s statement.

Shortly after 7am I interviewed Brian Lenihan in the Department of Finance. 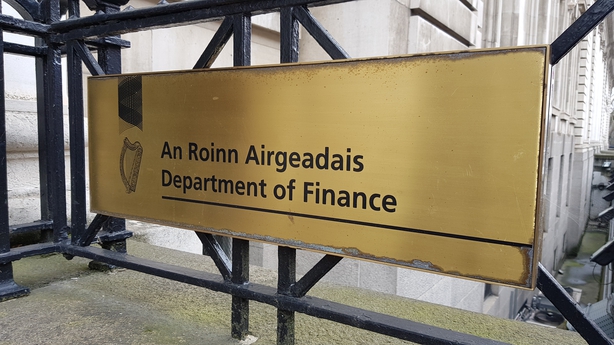 His eyes were bloodshot, he was nervous and knew national and international attention would be bearing down on him within the hour.

At one point he asked to pause the interview.

Away from the camera he said: "Do you realise how close we came to the brink last night?"

With the introduction of the guarantee the taxpayer became financially responsible for the huge risks, crazy lending and groupthink which had held sway over bankers.

As soon as the markets opened investors decided the Irish State was good for the money.

Shares in Irish banks roared ahead. The immediate threat of collapse had been averted.

But in the years which followed, Ireland bailed out the banks with vast financial injections. It proved so expensive that the entire country had to be bailed out by the EU and IMF.

Ultimately the decision to pay the liabilities of the banks cost the Irish taxpayer €64 billion.

While today the State owns shares in AIB, Bank of Ireland and Permanent TSB, the net bill for the State is likely to be about €40bn.

29 September 2008 will go down in history as one expensive night.