Super Typhoon Mangkhut has made landfall in the northern Philippines, bringing winds of over 200kph, heavy rainfall and causing power outages in many areas.

The Category 5 storm entered Cagayan province on the main island of Luzon in the early hours and was moving through the night over the country's northern tip with maximum gusts of 285kph.

Tens of thousands of people have been evacuated from coastal areas where warnings were issued about possible storm surges of 3-6 metres.

There have been no immediate reports of injuries. 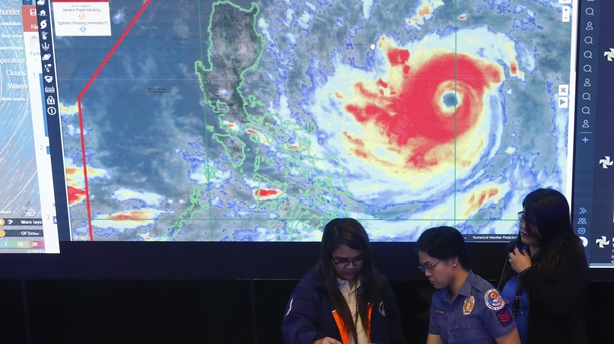 Television and radio news coverage and footage posted on social media showed trees being whipped by strong winds and bursts of rain lashing down on roads where tree branches, signs and trash bins had fallen.

Police and disaster response teams were reported in some areas driving around the dark streets looking for people in distress.

Mangkhut's peak winds are stronger than those of Hurricane Florence, which has left more than 630,000 US homes and businesses without power and could drop eight months' worth of rain on the Carolinas in two or three days.

Mangkhut, locally named Ompong, has a diameter of about 900km and gathered pace as it reached the Philippines, moving at about 35kph.

Authorities say about a quarter of the 4.2 million people now set to be impacted by the storm live in poverty.

Shortly before Mangkhut arrived, Cagayan Governor Manuel Mamba said the province was being "pummelled" and despite moving 36,000 people to some 500 evacuation centres, not all had complied with instructions to leave.

"There were still people who resisted because they wanted to guard their houses," he said. 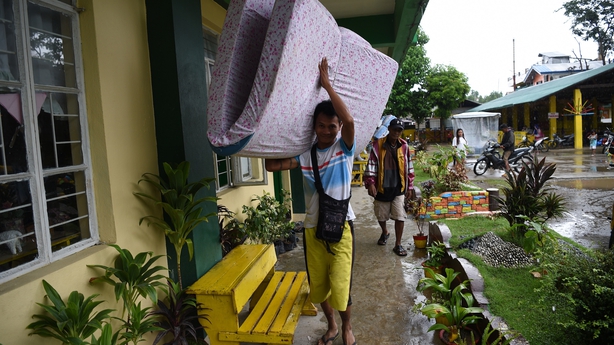 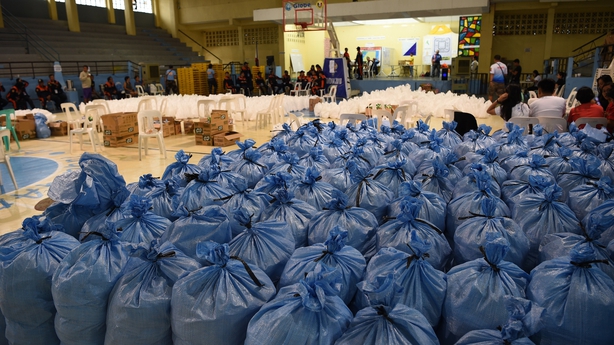 Military, medical and emergency response teams were on standby, and second and third contingents of rescue teams were ready to help first-responders in trouble.

Mangkhut, the 15th and most powerful storm in the Philippines this year, caused blackouts and left hundreds homeless when it struck the US Pacific territories of Guam and the Northern Mariana islands earlier in the week.

It was heading towards Hong Kong, southern China and Vietnam and could exit the Philippine mainland between 6am and 8am, said Gener Quitlong of state weather agency PAGASA.

Winds, rain and intermittent power outages were felt as far south as the capital, Manila, among more than three dozen northern and central provinces under storm warning signals.

The United Nations estimates about 1.4 million farmers and 100,000 fishermen will be impacted by the typhoon.