The Government has launched the new Land Development Agency, which it says will co-ordinate State-owned lands for regeneration and development, and open up sites for the provision of housing.

It will be funded to the tune of €1.25 billion and will have the power to use State land and to buy private lands on which potentially thousands of homes will be built across the country.

The Government believes the new agency could lead to the construction of more than 150,000 homes over the next 20 years.

They will include social, affordable and private homes.

The new organisation will be run along commercial lines and it will see the State forming joint ventures with builders and developers to provide homes.

There will be a requirement that 40% of homes built on State lands are social and affordable ones.

The agency says it will get these homes built "either directly or through joint ventures with the private sector".

Taoiseach Leo Varadkar has already said this initiative will be viewed in the future as being on a par with the establishment of the ESB and the IDA.

The Minister for Housing, Planning and Local Government said the agency would deliver an initial 3,000 homes on eight sites identified across the country.

Speaking at the launch, Eoghan Murphy said it was about taking public land and using it for the public good.

The minister brought proposals for its establishment to a Cabinet meeting yesterday.

Speaking on RTÉ's News at One, Mr Murphy said local objections to housing development were a concern, but he described the establishment of the agency as "incredibly significant".

The minister said that the agency would have the flexibility to develop sites itself or to develop larger sites in joint partnerships.

For example, small sites, such as one in Dublin city centre with less than 200 homes, would be developed by the agency, whereas a larger scheme such as that earmarked for the Central Mental Hospital in Dundrum would be developed in partnership with the private sector.

The Labour Party's housing spokesperson described the plan as "alarming".

Speaking on RTÉ’s Morning Ireland, Jan O'Sullivan said the party utterly opposes the plan, and it that appears the Government was essentially planning to "flog off land" to private developers to make profit.

She added that while there should be a national body, the State should keep control of the land and contracting the work to builders.

Ms O'Sullivan said the plan was a "PR spin" that would not address the existing problems.

Speaking on RTÉ’s Today with Sean O’Rourke, Eoin Ó Broin said it would be better to give councils more money and staff to enable them to develop large scale mixed income/mixed tenure estates.

He added that a strategic land management agency was needed, but that these proposals will not deliver what is needed, pointing out that 70% of these developments would be privately sold.

Public land should be used for social and affordable housing, he said. 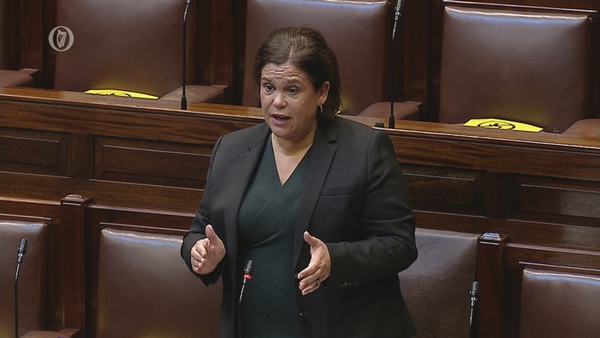