Members of the LGBTQI+ community spoke at a rally, highlighting trans issues such as healthcare and transphobic violence.

Around 1,000 people then marched through the City Centre to Fairview Park.

Other issues highlighted at the rally included legal recognition for intersex and non-binary people and funding for trans mental health services.

The march was supported by a wide range of campaigns, groups, organisations and activists.

Today’s event follows the recent publication of a review of the Gender Recognition Act, which recommended that children under the age of 18 should be allowed to change their gender, if they have consent from both parents.

The report was welcomed by many this afternoon. 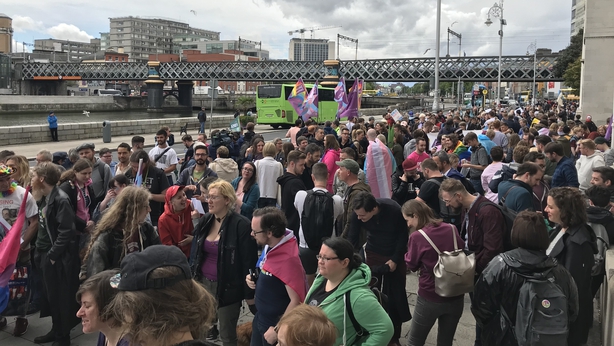 How to save thousands by switching mortgage

How to boost your chances of getting mortgage approval