French President Emmanuel Macron has said Donald Trump may well pull out of the Iran nuclear deal for domestic political reasons after he and his American counterpart held talks addressing the agreement's future.

Near the end of his three-day state visit, Mr Macron told US media that while he did not know specifically what Mr Trump will decide, he believes the US leader "will get rid of this deal on his own, for domestic reasons".

Mr Trump has been a fierce opponent of the July 2015 agreement signed by Iran and international powers.

He must declare by 12 May if he will essentially walk away from the existing deal when the renewal deadline arrives or stay in.

Mr Macron had come to Washington in part to plead for a more comprehensive "new agreement" that would address what he and Mr Trump believe to be shortcomings of the existing accord.

Mr Trump has branded the Iran deal "insane" and the "worst" in history.

"I have no inside information" on what decision Mr Trump will make on the agreement, Mr Macron told journalists.

He said: "I listen to what President Trump is saying and it seems to me that he is not very eager to defend it."

Mr Macron recalled that Mr Trump made killing the Iran nuclear accord a campaign pledge during his 2016 presidential run.

"The rational analysis of all his statements does not make me think that he will do everything to maintain" the agreement signed with Iran to prevent the Islamic republic from acquiring an atomic bomb.

Asked whether such a decision would signify a personal failure for him, Mr Macron stressed that his role "is not to try to convince President Trump to walk away from his campaign commitments".

Instead, he offered further defence of the deal, saying "I'm trying to prove that this agreement makes sense".

The proposal that Mr Macron put forward to his US counterpart involves preserving the existing agreement on the first of "four pillars" of a future deal.

The others would address the period after 2025, when certain clauses concerning nuclear activities will end; Iran's highly controversial ballistic missile programme; and its "destabilising" role in the region.

"For me it's progress, it avoids falling into the complete unknown if the US decision is a hard exit," said Mr Macron, who confirmed that the proposal was a strategy coordinated with European partners and not a unilateral one.

"The rational analysis of all his statements does not make me think that he will do everything to maintain" the agreement signed with Iran to prevent the Islamic republic from acquiring an atomic bomb. 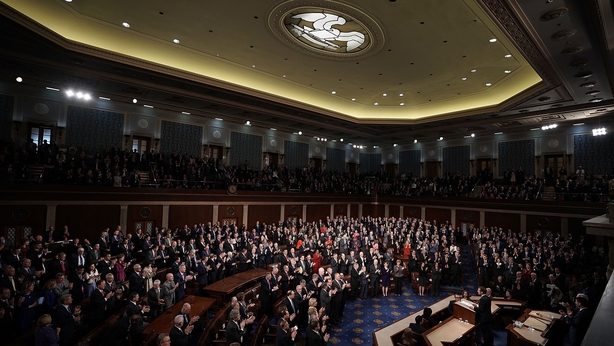 Earlier, Mr Macron forcefully challenged many of the US President's policies, urging the US to engage more with the world and step up the fight against climate change.

He repeatedly criticised the president's isolationist principles in a speech to a joint meeting of Congress, an honour given to a small number of visiting foreign leaders.

Mr Macron said US involvement in the global community was vital and Mr Trump's opposition to the Paris climate accord and international trade agreements was short-sighted.

The French president even took a dig at Trump's famous 2016 campaign slogan, calling for the United States to help "make our planet great again".

Macron has developed a strong relationship with Trump at a time when many European leaders are keeping a distance.

During the visit, they repeatedly shook and grabbed hands, exchanged kisses on the cheek, and slapped each other's backs while praising their friendship. 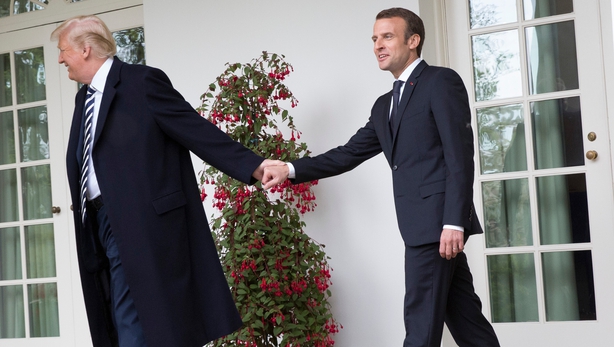 But before Congress, Mr Macron suggested he wanted more than just good optics.

Without mentioning Mr Trump by name, he challenged the Republican president's protectionist and nationalist impulses and said modern economic and security challenges must be a shared global responsibility that is "based on a new breed of multilateralism."

"The United States is the one who invented this multilateralism. You are the one now who has to help preserve and reinvent it," Mr Macron said.