Former secretary general of the Department of Justice Brian Purcell has told the Disclosures Tribunal that former Garda Commissioner Martin Callinan did not tell him that he had conveyed anything improper to TD John McGuinness.

The Disclosures Tribunal is examining an alleged senior garda smear campaign against the whistleblower.

Mr Purcell was questioned about his knowledge of the meeting between Commissioner Callinan and Mr McGuinness in a hotel car park on 24 January 2014.

He was also asked whether Mr Callinan had conveyed anything improper to him, he said "absolutely not".

He said he spoke to Mr Callinan the night before the meeting and the then-commissioner indicated he was concerned that Sergeant Maurice McCabe might be called before the Public Accounts Committee and that was why he would meet the chairman of the Committee, John McGuinness.

Mr Callinan told him afterwards that he was satisfied that he had got a fair hearing from Mr McGuinness on his concerns.

Mr Purcell said it was a bit unusual for them to meet but it was an exceptional set of circumstances. He also said that he had never heard anything about a smear campaign against Sgt McCabe.

Earlier, the Minister for Housing told the Disclosures Tribunal that there was a view that had spread around Leinster House that the two garda whistleblowers were "odd" individuals, but that was all he heard.

Eoghan Murphy, who was a member of the Public Accounts Committee examining the penalty points issue, described Leinster House as "a rumour mill".

But he said the evidence they were giving was "uncomfortable" evidence.

Mr Murphy said he was not aware of a meeting between Mr McGuinness, who was then PAC Chairman, and Mr Callinan in a car park until Mr McGuinness told the Dáil about it.

He also told the tribunal that he believed the then transport minister Leo Varadkar was frustrated that Sgt McCabe was not being taken seriously.

He said he had spoken to Mr Varadkar by phone in relation to the PAC and he believed he needed to be heard.

The Fianna Fáil leader Micheál Martin told the tribunal this morning that he was not mistaken in his recollection that a party TD told him that Mr Callinan had smeared Sgt McCabe.

Mr Martin said that in February 2014, Mr McGuinness told him that he had met Mr Callinan the previous month and that he had told him Sargeant McCabe was not to be trusted and that he was a child abuser.

He said he was taken aback both with the comments and that the meeting had taken place in a car park.

Counsel for Mr Callinan suggested to Mr Martin that he was mistaken and that if he had been given that information, he would have acted on it.

Mr Martin said he was not mistaken.

He said: "John McGuinness did say this to me in my office ... that's just a fact and I'm not in any shape or form mistaken".

He said: "That conversation happened".

Mr Martin said he did not pass on the information because it would have been very damaging to Sgt McCabe's reputation and he was not prepared to do that. He said he did however tell his Chef de Cabinet and his press officer.

Mr Martin also told the tribunal how he met Sgt McCabe in February 2014 and received his dossier of complaints about policing in the Cavan/Monaghan division and passed that on to the then taoiseach Enda Kenny.

He said that the sergeant impressed him as a witness and that he just wanted to get the issues heard.

Mr Martin had heard general rumours about the sergeant but nothing specific. He said it was just in the air that you should be careful and that you are dealing with someone who is not reliable.

Mr Martin said that he made a decision that he could not deal with rumour or hearsay.

The deputy was also questioned about his meeting with Ms D, the woman who made a complaint against Sgt McCabe in 2006 which was later dismissed by the DPP as not constituting a crime.

He met Ms D in April 2014 who outlined her concerns that her complaint had not been properly investigated by gardaí.

Mr Martin said he passed that on to Mr Kenny and suggested that it be included in the review under way by Senior Counsel Sean Guerin.

Mr Rabbitte says the conversation took place after an interview he did with RTÉ on 19 February 2014, when former garda John Kennedy, who was his driver raised it with him.

Mr Rabbitte says he first met Sgt McCabe probably in 2007, when he came to him in confidence regarding matters concerning policing in the Baileboro district.

He said he found him to be a conscientious policeman concerned about disciplinary issues.

He said in 2014 he was interviewed on RTÉ and attested to Sgt McCabe's good character in his judgement.

He said that after the interview his driver wanted to warn him in his own best interests about wading in to a controversy.

He said Mr Kennedy warned him there were rumours about Sgt McCabe on the garda grapevine which suggested Sgt McCabe was not a man of the character Mr Rabbitte believed.

Mr Rabbitte said the driver told him that Sgt McCabe's own colleagues believed that he could not be trusted with children.

Mr Kennedy has denied saying to Mr Rabbitte that he heard rumours from Garda colleagues that Sgt McCabe could not be trusted with children.

Mr Kennedy said such a comment was too horrible and too sensitive and he certainly did not say it.

He said his family had been very upset by what Mr Rabbitte had alleged he had said and said he was not aware of any rumours about Sgt McCabe.

Counsel for the tribunal, Kathleen Leader, put it to Mr Kennedy that Mr Rabbitte was not saying he was spreading malicious rumours but that he was telling the then TD out of a sense of loyalty.

Mr Kennedy repeated that he did not make the comments.

The tribunal, which is being held at Dublin Castle, is being chaired by Mr Justice Peter Charleton. 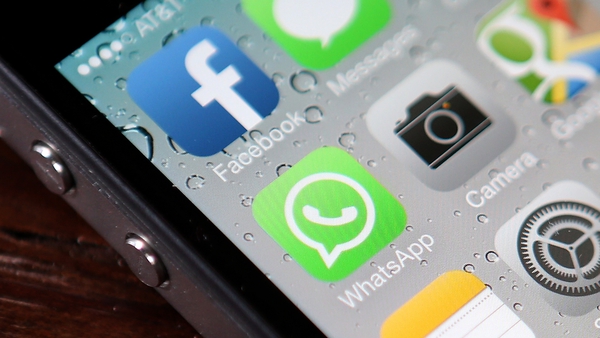