Stock markets around the world have crashed into the red, following the biggest ever intra-day points plunge on Wall Street overnight.

Here we look at the questions surrounding what exactly has happened, and what it means:

What has prompted these falls?

Fears that rising inflation could force central banks worldwide to hike interest rates has spooked investors and sent them heading for the exit.

Markets began taking a turn for the worse last week following strong US wage growth, which fuelled speculation that US interest rates might start to rise more quickly to cool inflation.

Global markets have enjoyed a record-breaking rally since the global recession and experts have been increasingly predicting that the bubble may soon come to an end.

Many stocks have been seen as being over-valued thanks to the seemingly never-ending gains.

But the prospect of monetary tightening after a decade of ultra-low interest rates and economy-boosting stimulus in the form of quantitative easing - the printing of new money by central banks - since the financial crisis has panicked investors.

It is thought that the sharp falls are also compounded by so-called algorithmic trading, where computers make automated trades and are programmed to take certain actions in response to market data. This can exacerbate market falls.

Is it the start of a major stock market crisis?

The falls are shocking as markets have become used to a prolonged rally and low volatility, but experts believe it is a long-overdue correction rather than a full-blown crash.

There has yet to be a significant flight to safety - such as gold investments - in a sign that investors are still optimistic over the geopolitical outlook and strong global economy. 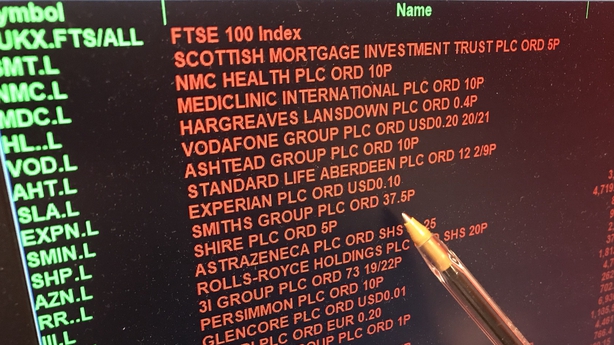 Neil Wilson, a senior market analyst at ETX Capital, said: "This looks like a technically driven sell-off - therefore one that should not herald Armageddon.

"Plenty have noted that equities were jacked up by low rates and now need to readjust to higher rate world."

What is a correction?

A market correction is defined as a 10% drop from the most recent high, whereas a crash is usually defined as a 10% plunge in just one day, which can often lead to a bear market, when a market falls 20% or more.

What does the correction mean for investors?

Investors will need to brace for more volatile stock markets over the months ahead.

Stock market falls will have an impact on the value of investments, such as pension funds and stocks and shares ISAs, although pensions are long-term investments and therefore ride out the peaks and troughs.

Volatility is also seen as being good for stock market traders, when a lot of money can be made on hefty falls and gains.

What's likely to happen next?

All eyes are on the actions of central banks now and in particular the new chairman of the US Federal Reserve, Jerome Powell.

Either raising interest rates too quickly or delaying monetary tightening in the world's largest economy could worry investors and spark further market falls.