The Foreign Affairs Minister Simon Coveney has said Britain does not have the right to democratically decide or shape Ireland's future.

He told delegates at the Fine Gael national conference in Cavan that there can be no change to the regulatory or customs rules which would inhibit cross border trade or cooperation.

"Let me be very clear, the Irish government's position is it seems essential to us that there is no emergence of regulatory divergence from the the rules of the internal market or the customs unions which are necessary from meaningful North-South cooperation, or an all-Ireland economy that is consistent with the Good Friday Agreement," he said.

He said that was the "consistent, firm and stubborn position that Ireland has held for some time" and would not abandon it. 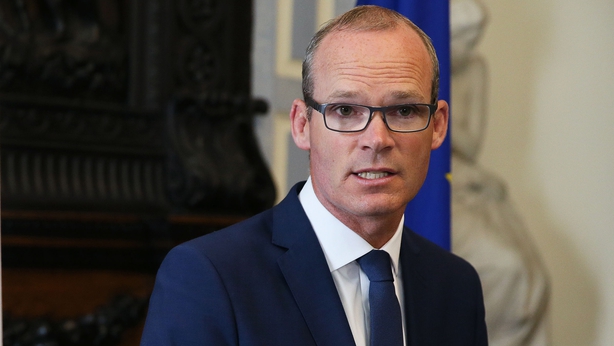 Minister Coveney said Ireland and Britain both have an obligation to work together to find solutions for the border which are consistent with the Good Friday Agreement.

"Brexit the most important negotiation of our time," he said.

He said a border of concrete bollards and cars being stopped can never be allowed to re-emerge.

"As the Taoiseach said last night, on this island we are in the business of building bridges not borders," he said