A Welsh politician who was sacked from his Welsh Government role and suspended from the Labour Party over allegations about his personal conduct has been found dead.

Carl Sargeant was suspended by the party last week, after a number of alleged incidents with women came to light.

The Welsh Assembly member, 49, who was removed from his cabinet post following the allegations, is understood to have taken his own life.

Labour leader Jeremy Corbyn said the death was "terrible and deeply shocking" while his deputy Tom Watson said it was a "tragedy beyond words".

I'm deeply shocked to hear of the terrible news about Carl Sargeant. My thoughts and profound sympathy are with his family and friends.

Police were called to his home in Connah's Quay, in Mr Sargeant's Alyn and Deeside seat, at 11.30am following a report that a body had been found. 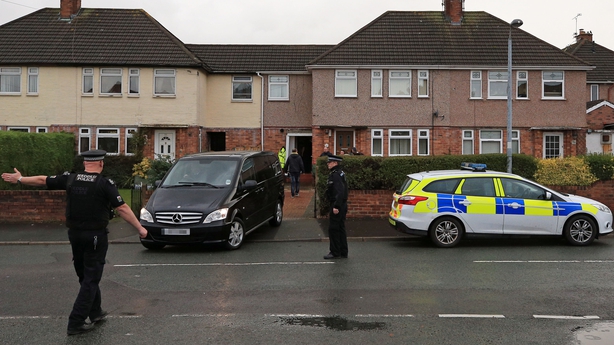 Mr Sargeant was married to Bernie and they had two children, Lucy and Jack.

In a statement the family said: "Carl was a much loved husband, father and friend. He wasn't simply a part of our family.We are devastated beyond words, and we know our grief will be shared by all those who knew and loved him.We are in shock and grief. We ask that our privacy is respected at this time."

Mr Sargeant was told about the existence of allegations against him by Mr Jones last week but had not been given details about the claims.

He described the allegations as "shocking and distressing" and he had hoped for an urgent investigation to give him the chance to clear his name.

On Monday, Mr Jones said he was forced to take action after becoming aware of "certain incidents" with women allegedly involving Mr Sargeant.

Responding to his former colleague's death, Mr Jones said: "Carl was a friend as well as a colleague and I am shocked and deeply saddened by his death.

"He made a big contribution to Welsh public life and fought tirelessly for those he represented both as a minister and as a local assembly member.

"He will be a great loss both to our party and to the Senedd.

"My heartfelt sympathies are with his family at this difficult time."