A knife which gardaí believe was used during the fatal attack on a woman in her apartment in Dublin last night has been recovered.

Emergency services were alerted to the scene at the Dorset Square apartment complex on Gardiner Street Upper at around 11.30pm.

Anne Colomines, who was a French national, was found with several stab wounds in the kitchen of the fourth floor apartment and was pronounced dead at the scene. 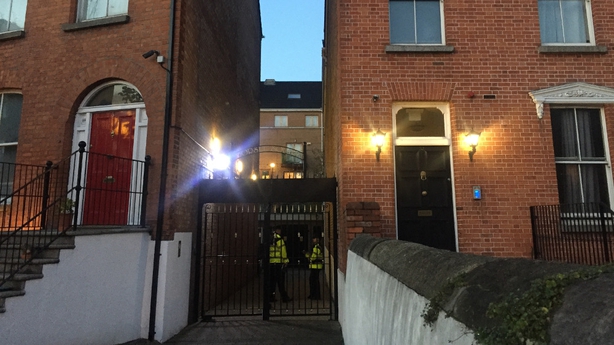 Her 35-year-old partner, who is originally from Brazil, was taken to the Mater Hospital with serious injuries.

He underwent surgery this morning.

Gardaí are treating it as a domestic incident and are not looking for anyone else at present.

The scene has been sealed off and the Office of the State Pathologist has been notified.

The woman worked as an account manager for a financial services company in the city.

She has worked in Dublin for at least the last five years, previously working in the business sector in France.

Gardaí have appealed for witnesses or anyone with any information to contact Mountjoy Garda Station on 01 6668600, the Garda Confidential Line on 1800 666 111 or any garda station.

A local priest gives his reaction to last night's killing of a woman in Dublin's north inner city pic.twitter.com/UT4f76HNdH