Storm Brian has caused spot flooding and travel disruption in Ireland, with gusts of more than 100km/h.

Less than a week after ex-hurricane Ophelia battered the country, resulting in three deaths, the latest storm brought high winds and large Atlantic waves through last night and into today.

But while some ferries were cancelled and some local roads closed, damage has been limited, the Chair of the National Emergency Coordination Group said.

The Blackwater is in flood. Park Rd #Mallow is likely to close from 11.30pm. Flood Barriers also being erected in parts of Fermoy. @rtenews

Limerick city appeared to be one of the areas worst-hit, with the River Shannon having overflowed.

Flooding in Limerick later receded as water levels in the Shannon fell after the morning high tide. 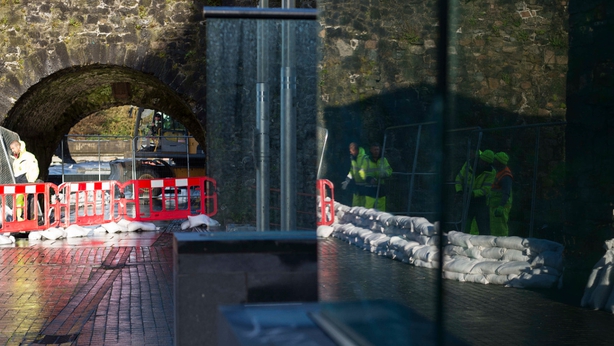 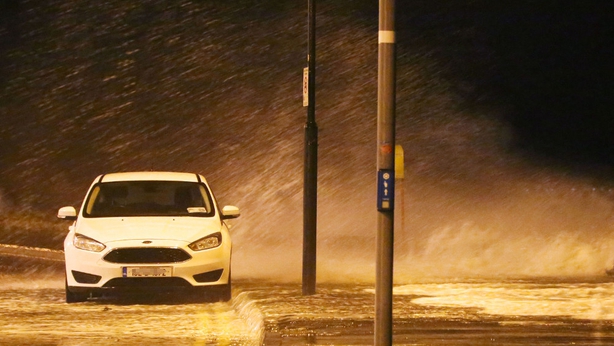 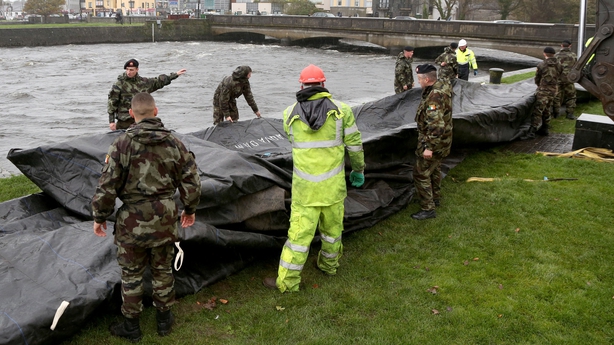 Sean Hogan, chair of the emergency group, said: "The rainfall is not finished but the extent of damage, flooding and disruption has been limited and in line with expectations for this type of Atlantic storm."

Many popular visitor locations, such as the Cliffs of Moher in Co Clare, were closed to the public today due to the weather warnings.

"Do not visit, it is unsafe and extremely dangerous," said a warning on the venue's website.

Racing at Fairyhouse in Co Meath was postponed.

It said crews will be stood down should weather conditions deteriorate in affected areas. It also warned people not to approach fallen power lines and to report any power outages to 1850 372 999.

An orange wind warning, the second highest, has been issued for southern and western coastal areas, spanning counties in the south and south-west.

There were gusts of more than 100km/h in Cork, Kerry, Clare and Galway, Met Éireann said.

A yellow rain warning remains in place until 9pm tonight between Donegal and Waterford, with up to 50mm expected to fall in 24 hours.

Storm Brian is the result of a "weather bomb" of low pressure in the Atlantic Ocean.