At least 39 people have died in wildfires raging through parched farmlands and forests in Portugal and Spain.

Authorities said they were still battling 60 blazes in Portugal and another 50 in Spain.

Portugal's government has asked for international help, as it still tries to recover from its deadliest fire on record in June.

It has declared a state of emergency in territory north of the Tagus river, which is about half of its land mass.

Officials in Portugal and Spain said arsonists had started some of the blazes.

The weekend's fires killed at least 36 people and injured more than 50 in Portugal, said a spokeswoman for the civil protection service.

In June, 64 people died in a huge forest fire in central Portugal.

The government has been criticised for a slow, inefficient response and a lack of fire-prevention policies. 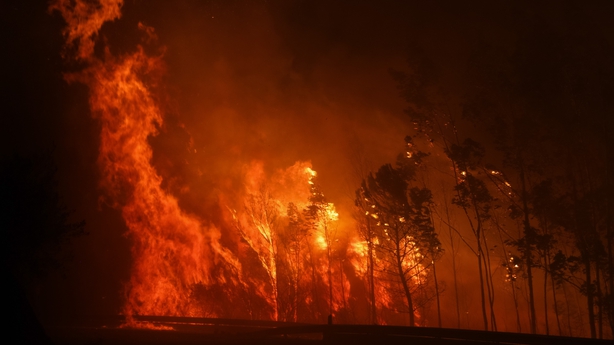 Three people died in Spain's Galicia region - two of them women found inside a burnt-out car, the third a man in his 70s, killed as he tried to save his farm animals.

Most of the fires in Galicia were started deliberately, the head of the regional government, Alberto Nunez Feijoo, said in a radio interview.

Spain's Interior Minister Juan Ignacio Zoido said some of those responsible had already been identified.

They could face up to 20 years in jail if convicted, police said.

At least one person was arrested in Portugal for allegedly starting a fire. 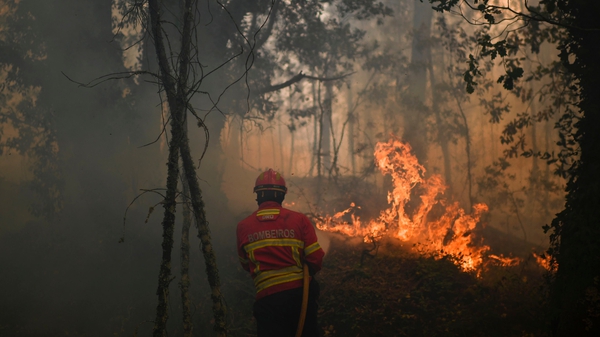