Firefighters have gained ground against wildfires that have killed at least 31 people in northern California and left hundreds missing in the chaos of mass evacuations in the heart of the state’s wine country.

The revised death toll marked the greatest loss of life from a single California wildfire event in recorded state history, two more than the 29 people killed by the Griffith Park fire of 1933 in Los Angeles.

With 3,500 homes and businesses incinerated, the so-called North Bay fires also rank among the most destructive.

The flames have scorched more than 77,000 hectares, an area nearly the size of New York City, reducing whole neighborhoods in the city of Santa Rosa to ash and smoldering ruins.

The official cause of the disaster is under investigation, but officials said power lines toppled by gale-force winds on Sunday night may have sparked the conflagration. 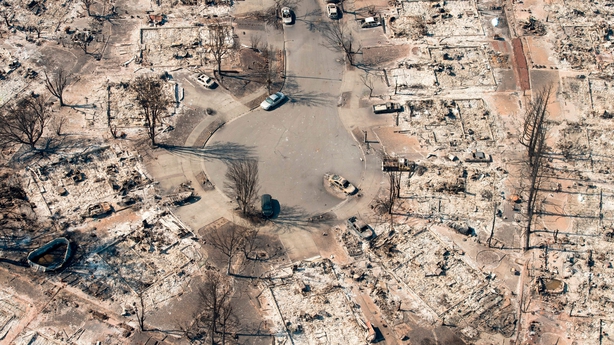 A resurgence of extreme wind conditions that had been forecast for Wednesday night and early Thursday failed to materialise, giving fire crews a chance to start carving containment lines.

But fierce winds were expected to return as early as Friday night, and a force of 8,000 firefighters was racing to reinforce and extend buffer lines across Northern California before then.

Despite progress, fire crews remained "a long way from being out of the woods," Ken Pimlott, director of the California Department of Forestry and Fire Protection, told reporters in Sacramento, the state capital.

Mark Ghilarducci, state director of emergency services, added: "We are not even close to being out of this emergency." 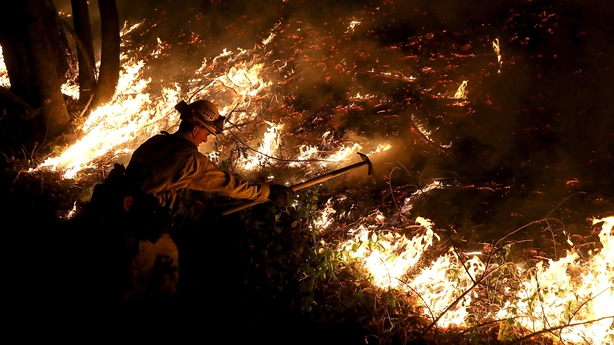 Authorities have warned that the death toll from the spate of more than 20 fires raging across eight counties for a fourth day could climb higher, with more than 400 people in Sonoma County alone still listed as missing.

One of the greatest immediate threats was to the Napa Valley town of Calistoga, whose 5,000-plus residents were ordered from their homes on Wednesday night as winds picked up and fire crept closer.

Calistoga Mayor Chris Canning said anyone refusing to heed the mandatory evacuation would be left to fend for themselves if fire approached, warning: "You are on your own."

Fire officials have said some people killed in the fires were asleep when flames engulfed their homes.

Others had only minutes to escape as winds of over 90km/h fanned fast-moving blazes.

He added that recovery teams would begin searching ruins with cadaver dogs. 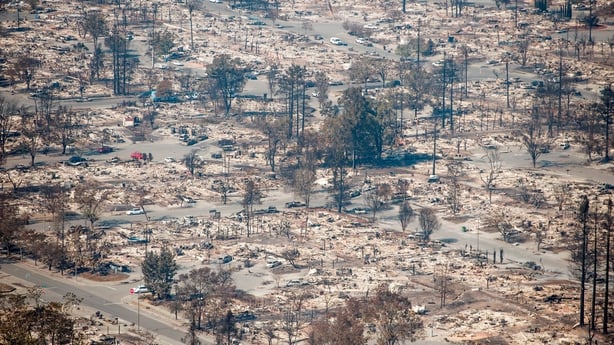 As many as 900 missing-person reports had been filed in Sonoma County, although 437 had since turned up safe, Sheriff Giordano said.

It remained unclear how many of the 463 still listed as unaccounted for were actual fire victims rather than evacuees who failed to alert authorities after fleeing their homes, he said.

Sonoma County accounted for 17 of the North Bay fatalities, all from the Tubbs fire, which now ranks as the deadliest single California wildfire since 2003.