US President Donald Trump struck a blow against the 2015 Iran nuclear agreement today in defiance of other world powers, choosing not to certify that Tehran is complying with the deal in a major reversal of US policy.

Mr Trump made the announcement in a speech that detailed a more confrontational approach to Iran over its nuclear and ballistic missile programmes and its support for extremist groups in the Middle East.

"Today I am announcing our strategy along with several major steps we're taking to confront the Iranian regime's hostile actions and to ensure that Iran never - and I mean never - acquires a nuclear weapon," Mr Trump said.

"Based on the factual record I have put forward, I am announcing today that we cannot and will not make this certification," he added.

He also said that he is prepared to terminate the deal in a short period of time.

Today, I announced our strategy to confront the Iranian regime’s hostile actions and to ensure that they never acquire a nuclear weapon. pic.twitter.com/N4ISdjuEdC

He said he wants to see action to fix the flaws he sees in the Iran nuclear deal in a short period of time, adding that he could end the deal instantaneously.

"We'll see what happens over the next short period of time and I can do that instantaneously," Mr Trump told reporters when asked why he did not choose to scrap the deal now.

"I like a two-step process much better," Mr Trump said.

While Mr Trump did not pull the United States out of the agreement, aimed at preventing Iran from developing a nuclear bomb, US Congress has 60 days to decide whether to reimpose economic sanctions on Tehran that were lifted under the pact.

That would increase tension with Iran as well as put Washington at odds with other signatories of the 2015 accord such as Britain, France, Germany, Russia, China and the European Union.

As a candidate on the presidential campaign trail last year, Mr Trump repeatedly criticised the Joint Comprehensive Plan of Action, pledging to rip up the Iranian nuclear deal.

Since becoming president that criticism has continued, culminating in his address to the United Nations General Assembly last month when he described the deal as an embarrassment to the US.

UN nuclear inspectors say Iran is meeting the technical requirements of its side of the bargain, dramatically curtailing its nuclear programme in exchange for sanctions relief.

Iran's president said Mr Trump's speech shows he is "more than ever against the Iranian people".

In a televised address, which followed Mr Trump's comments, President Hassan Rouhani said: "Today the United States is more than ever opposed to the nuclear deal and more than ever against the Iranian people."

He also said that Iran will double its efforts to build weapons for "deterrence" and expand its missile programme.

He said the Iranian nation has not and will never yield to pressure by any foreign government and said the nuclear deal and the Islamic Republic is stronger than ever.

Mr Rouhani called Mr Trump's speech "a tissue of insults and baseless accusations" and dismissed the threat to tear up the 2015 nuclear deal with world powers. 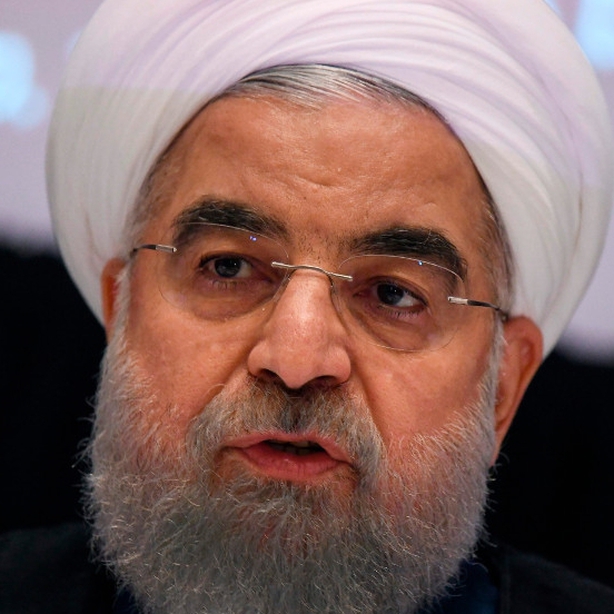 He has not studied international law. Can a president annul a multilateral international treaty on his own? Apparently he doesn't know that this agreement is not a bilateral agreement solely between Iran and the United States

The leaders of Britain, France and Germany said they remain committed to the international nuclear deal with Iran.

Mr Macron told Mr Rouhani that the US decision would not end the nuclear deal and the country's foreign minister will travel to Iran in the coming weeks.

"We cannot afford as the international community to dismantle a nuclear agreement that is working," said Ms Mogherini, who chaired the final stages of the landmark talks. 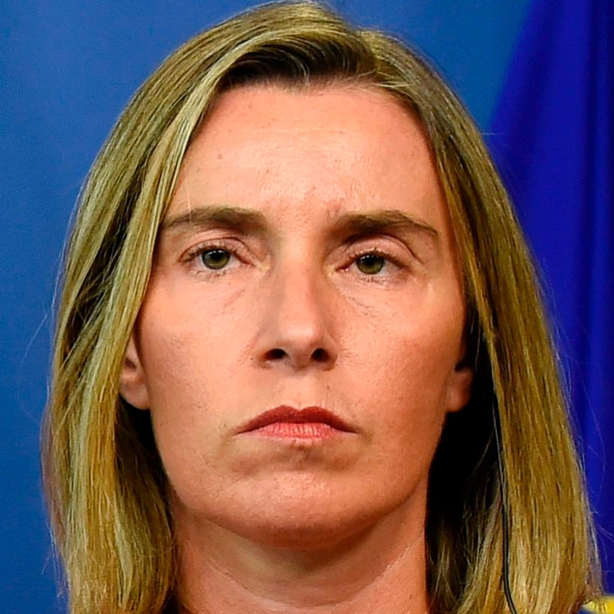 This deal is not a bilateral agreement ... the international community, and the European Union with it, has clearly indicated that the deal is, and will, continue to be in place

Ms Mogherini said she spoke to US Secretary of State Rex Tillerson immediately after Mr Trump's speech on Friday.

Israeli Prime Minister Benjamin Netanyahu congratulated Mr Trump for his speech against Iran, seeing an opportunity to change the 2015 nuclear deal with Tehran as well as Iranian conduct in the region.

"He (Trump) boldly confronted Iran's terrorist regime (and) created an opportunity to fix this bad deal, to roll back Iran's aggression and to confront its criminal support of terrorism," Mr Netanyahu said in a Facebook video.

Israel's intelligence minister said the move was "very significant" and could lead to war given threats that preceded it from Tehran.

"Absolutely, yes. I think that the speech was very significant," Mr Katz responded.

Iran is the new North Korea. We see where things are goings

Russian Deputy Foreign Minister Sergei Ryabkov said it was "extremely troubling" that the US president was raising questions that had been settled when an international deal on Iran's nuclear programme was signed, RIA news agency reported.

Mr Ryabkov was quoted as saying that Russia sees its main task now as preventing the Iran nuclear deal from collapsing.

He called on all sides to stay committed to the deal, the news agency reported.

Meanwhile, the chief of the UN atomic watchdog reiterated that Iran was under the world's "most robust nuclear verification regime".

"The nuclear-related commitments undertaken by Iran under the JCPOA are being implemented," Yukiya Amano, director general of the International Atomic Energy Agency said.