Copa-Cogeca said quality was high and prices will rise but not enough to compensate producers for losses as drought and frosts linked to climate change damaged grapes.

Total wine production across the European Union is an estimated 145 million hectolitres for 2017, down about 14% from last year's levels, the union said.

"This year our vineyards have been badly affected by the impact of climate change and extreme weather events ranging from frost to drought," Copa-Cogeca executive Thierry Coste said.

"The quality of the grape is nevertheless expected to be very good across Europe which should make for an excellent wine," Mr Coste added.

The union did not provide details of the previous lowest output but a spokeswoman said it was the lowest since World War II as Italy, France, Spain and Germany all saw sharp declines.

Experts already predicted in August that France would suffer its poorest wine harvest since 1945 after an unusually mild March and frosty April, although a hot summer would deliver top vintages.

The 2016 harvest was already one of the poorest in 30 years. 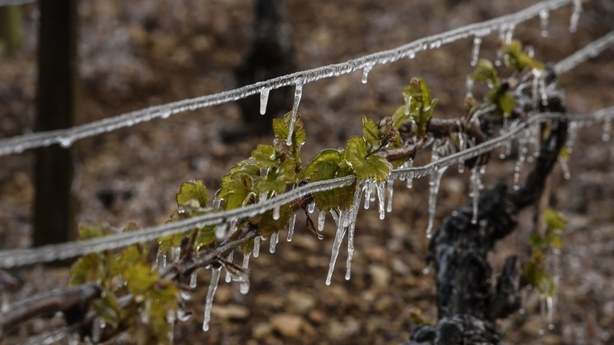 Spain's output dropped to an estimated 36 million hectolitres, down 20% from 2016, Copa-Cogega said.

Wine output in the four leading producers also declined in 2016 from 2015, though by a smaller amount.