He said that Mr Cosgrave was committed to serving the people of Ireland "with all of his energy, intellect as well as passion."

President Higgins said that he will be remembered as a taoiseach "with the capacity to win and secure the stability of a multi-part coalition."

In a statement, the President said: "Among his most memorable achievements was that as Minister for External Affairs, when Ireland's entry into the United Nations in 1955 was secured, and during which time Liam Cosgrave gave shape to Ireland's independent voice on the global stage.

"His words on that occasion that Ireland should work to "take our place in the comity of nations and do our part to secure what small nations have always required, the maintenance of peace" remains to this day an important reminder of our nation's role and unique voice on global issues such as disarmament, peacekeeping, human rights and development.

"Liam Cosgrave was committed to serving the people of Ireland with all of his energy, intellect as well as passion. In retirement, he loved to be among the people, be it at State occasions or sporting events and it is fitting that we pay tribute to his significant contribution to Ireland.

"Sabina and I wish to express our deepest sympathy to his children Mary, Liam and Ciarán, to members of the Cosgrave family, and to his wide circle of friends." 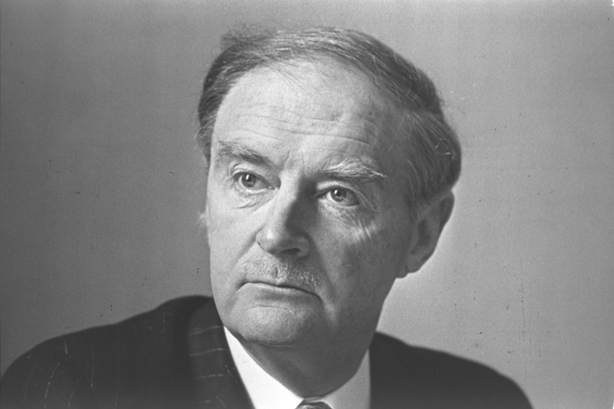 Taoiseach Leo Varadkar said Mr Cosgrave "was someone who devoted his life to public service."

In a statement, Mr Varadkar said: "I was deeply saddened to learn of the death of the former Taoiseach and leader of my party, Liam Cosgrave. As Taoiseach and as Leader of Fine Gael I extend my deepest sympathy to his family and friends.

"Liam Cosgrave was someone who devoted his life to public service. A grateful country thanks and honours him for always putting the nation first."

She said Liam Cosgrave "was revered among Fine Gael politicians and supporters across Ireland."

Ms Fitzgerald added that Mr Cosgrave was "held in high esteem by those who witnessed his incredible contribution to Irish political life. He will be greatly missed by us all." 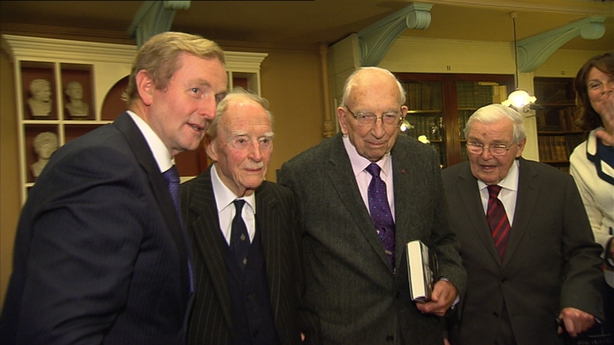 "He led one of the best Governments the country has seen and did so with a quiet dignity and a steely resistance to those who would undermine the State," Mr Kenny said.

"He was conscious at all times of the example of his father W.T Cosgrave and sought to emulate his qualities of probity and courage.

"The Fine Gael party owes him a great debt. He became a TD at the bleakest time in the party’s history when many forecast its demise.

"His persistence and belief saw him steer the party back to recovery and Government.

Another former Fine Gael taoiseach, John Bruton, also paid tribute to Mr Cosgrave, saying he "gave great service to this State in extremely difficult times" and was a "pioneer in many ways".

"He was a pioneer in many ways.

"At the age of only 28 in 1948, he became the first ever Chief Whip a Coalition government, a daunting task for which there was no precedent for him to follow.

"At the age of 36, as Minister for External Affairs and following the removal of the Soviet veto, he led Ireland into the United Nations in 1956. 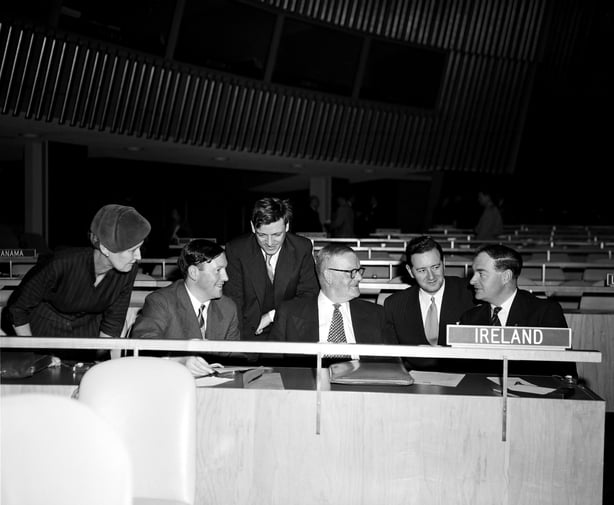 "In 1965, he became Leader of Fine Gael and injected a strong element of badly needed professionalism into the party's work.

"In 1970, and again in 1972, he took vital political stands, as leader of the Opposition, to protect the integrity and security of the state. In both instances, he put the country's interest before his own political advantage.

"In 1973, he became Taoiseach in a National Coalition government with the Labour Party. He managed to coalition exceptionally well, and the two parties continued to work and campaign together right to the end. In this, he established an important precedent for future coalitions.

"His government faced a severe economic setback arising from the oil crisis. Despite this he saw progressive social welfare changes introduced, which gave increased security to families. His tax policies were designed to ensure that the burden of recession fell on the broadest shoulders. The economy was recovering strongly when he left office. He lost the 1977 Election in face of demagogic promises from his political opponents.

"In private and in public, he was the same... self effacing, modest and kind. He was authentic in every way.

"As a public speaker, he could hold an audience like few others. Like his father, he was a deeply convinced democrat, who understood the fragility of democracy, and his speeches were full of respect for the institutions that make democracy possible. This, and his deep religious faith, made it easy for him to accept the defeats and setbacks that are part of political life.

"He was devoted to his family, to his late wife Vera and to their three children. To them, I extend heartfelt sympathy of the passing of a great servant of Ireland."

The statement described him as "a great leader" and "a man of great honesty and integrity, devoted to the welfare of the State which his father had helped to found."

I am deeply saddened to hear of the passing of former Taoiseach & Leader of @FineGael Liam Cosgrave. RIP

Fianna Fáil leader Micheál Martin has also paid tribute to Mr Cosgrave, and described him as a "remarkable tenure in our public life".

In a statement, he said: "It is forty years this year since Liam Cosgrave left frontline politics following the 1977 general election and his relatively low profile since then means that his extraordinary career has often been somewhat overlooked. This is very unfair as, by any standard, his was a quite remarkable tenure in our public life.

"Until today, he was the last taoiseach to be born prior to the foundation of the State. It is also extraordinary to think that a member of the 1948 inter-party government, formed almost 70 years ago, was still with us until today.

Mr Martin said that Mr Cosgrave will be remembered as a "fair and principled man who conducted the business of government efficiently."

He said: "His lengthy retirement since he left the Dáil in 1981 has been marked by a quiet dignity. He never sought to re-impose himself in the public consciousness. Instead he returned to family life with his wife Vera who sadly also passed away last year.

"I extend my deepest sympathies to his children Mary, Liam and Ciaran. I also offer my sympathy to the Fine Gael party on the loss of their elder statesman."

Mr Adams said: "I want to extend my condolences to the family and friends of former taoiseach Liam Cosgrave on his passing this evening.

"I also want to express my sympathies with the leader of Fine Gael, Taoiseach Leo Varadkar TD and to the Fine Gael party on the death of their former leader."

Labour leader Brendan Howlin said that Mr Cosgrave was "a gentleman to his fingertips, a true patriot."

In a statement he said "on behalf of the Labour Party, I would like to extend my deepest sympathies to Mary, Liam's sons Liam and Ciarán and extended family, as well as his many friends, former colleagues and all in the Fine Gael party."