A secular temple devoted to Oscar Wilde has been opened in the basement of a New York church.

It is crammed with devotional-style religious art to honour the Irish playwright, author and wit as a trailblazer of gay rights.

Those involved in the project said it had been 20 years in the making but with transgender rights under threat from President Donald Trump's administration and gays feeling more discrimination, it was more timely than ever.

Conceived by artists David McDermott and Peter McGough at The Church of the Village, the space will be open to members of the public five days a week and available for private ceremonies, including weddings.

Wilde was convicted of gross indecency and sentenced in 1895 to two years hard labour, most of which he served in Reading in southern England.

Mr McDermott said the temple was a place "free of religious doctrine, honouring a watershed historical figure who pioneered the long struggle for equal rights for gays, lesbians, bisexual and transgender peoples".

Pastor Jeff Wells welcomed the collaboration, saying the installation "fits so deeply into the ethos of this congregation, which we call radically inclusive".

The Oscar Wilde Temple transforms a basement chapel, which will continue to serve as a place of worship for deaf congregants on Sundays, back to 1882-83, the time of Wilde's lecture tour to the US.

The centrepiece is an altar built around a 1.2m statue of Wilde, carved out of wood but made to resemble marble, and on the pedestal below, his prisoner number at Reading jail.

Wilde wrote the Ballad of Reading Gaol under the pseudonym of that number, C33, after fleeing in exile and disgrace to France.

On the walls hang seven oil and gold leaf canvases on linen based on newspaper coverage of his trial and imprisonment, and inspired by the Stations of the Cross paintings at the cathedral in Avranches, France. 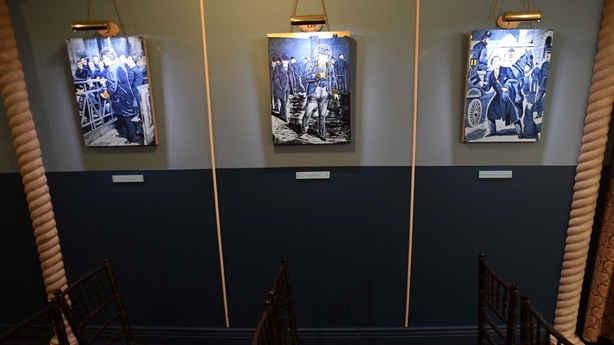 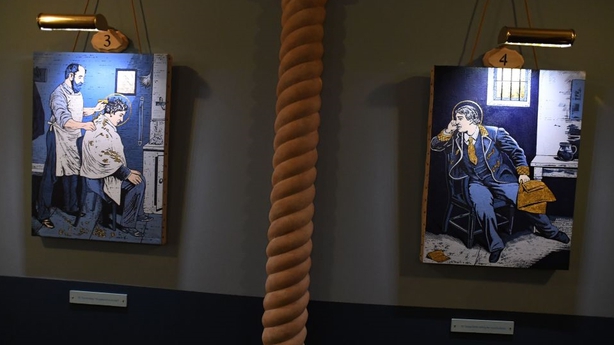 Also honoured are other leading lights who fell victim to homophobia, such as Britain's Alan Turing, the father of theoretical computer science and artificial intelligence.

All proceeds from private events and donations to the Temple will go to support LGBTQ youth at risk of homelessness.

The church, which has a strong LGBTQ contingent, is located in the heart of Greenwich Village near the Stonewall Inn, a landmark of the gay rights movement in the United States.