British Prime Minister Theresa May has said that immigration is good for Britain but the public want to see it controlled as the country leaves the European Union because of the impact it can have, particularly for those on low incomes.

The Guardian newspaper published a leaked government document late yesterday detailing plans to drive down the number of lower-skilled EU workers coming to Britain once it has left the EU in 2019. An opposition politician has described the plans as "plainly cruel".

She added: "There is a reason for wanting to ensure that we can control migration. It is because of the impact that that migration can have ... on people, on access to services, on infrastructure, but crucially it often hits those at the lower end of the income scale hardest." 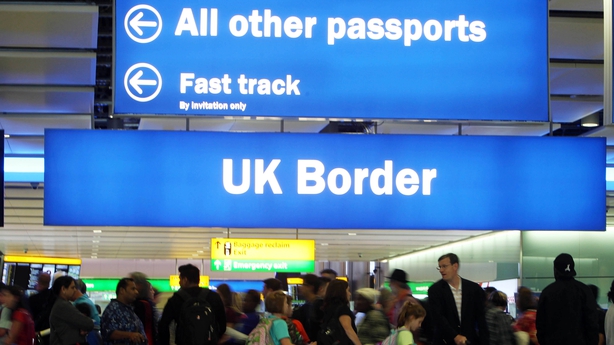 It comes after Defence Secretary Michael Fallon said that the UK will pursue a "balanced" policy on immigration once it leaves the EU by seeking to attract high-skilled workers while driving the overall numbers down.

"There is a balance to be struck, we want to attract to this country, not shut the door, on highly-skilled people who want to come here and make a contribution to our society," he said.

He added: "Equally we have to make sure that British companies are also prepared to train and train up British workers.

"The public are very clear, they want to see immigration not stopped but brought properly under control.

"They also want to be clear that we implement what they voted for in the Brexit referendum."

Mr Fallon insisted the Home Office document does not represent the Government's final position but appeared to back its overall strategy and stressed that voters want a reduction in immigration.

The Defence Secretary told the BBC: "I can't set out the proposals yet, they have not yet been finalised. They are being worked on at the moment."

"We have always welcomed to this country those who can make a contribution to our economy, to our society, people with high skills.

"On the other hand we want British companies to do more to train up British workers, to do more to improve skills of those who leave our colleges.

The document leaked yesterday said that those deemed "highly-skilled" would be allowed to apply for a permit for up to five years under the proposals.

In the lengthy document, marked "sensitive", Britain's interior ministry also said it may "tighten up" the definition of family members allowed to accompany EU workers in Britain.

Changes would also be seen at Britain's borders, with the document detailing government plans to require all EU citizens to travel on a passport rather than a national identity card as currently allowed.

This latter measure could be imposed as soon as Britain leaves the bloc - set for 29 March 2019 - but the Home Office promises "adequate notice" will be given.