Rescue workers have pulled three young brothers from the rubble of a collapsed building after an earthquake hit the tourist-packed Italian holiday island of Ischia last night.

At least two people were killed and dozens more were injured in the tremor on the island off the coast of Naples.

Six buildings, including a church, in the town of Casamicciola collapsed in the quake, which hit at 8.57pm local time (7.57pm Irish time).

Emergency crews found seven-month-old Pasquale alive in the collapsed building hours after the quake, and his seven and 11-year-old brothers, Mattias and Ciro, stuck under a bed nearby.

They pulled out the baby early this morning and pushed a tube through to get water to the older boys, before managing to pull Mattias free and then Ciro.

The Italian fire brigade rescued a baby from rubble after an earthquake struck the island of Ischia last night pic.twitter.com/c5uOKrqfvl

"I promised them that after this was all over we would all go get a pizza together," one emergency worker said on Italian television.

The parents were safe because they were in another room.

They said Ciro had probably saved his brother's life by shoving him under the bed when the quake struck.

"The rescuers were great. We really have to thank God for this miracle," said the island's bishop, Pietro Lagnese. 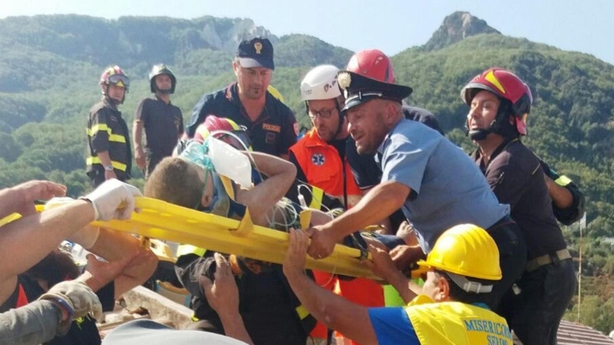 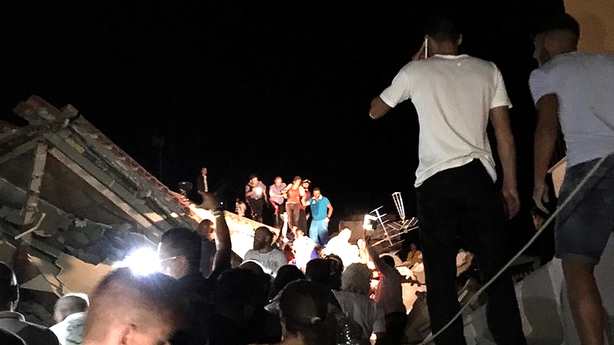 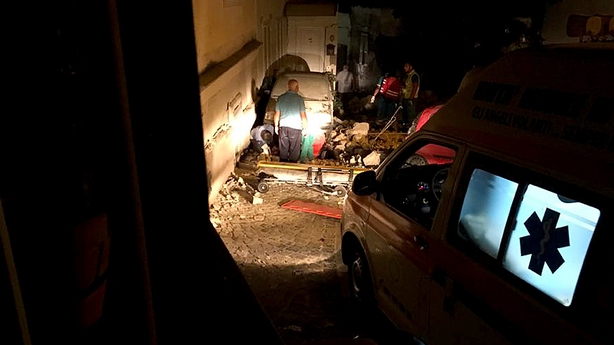 A spokesperson for the Department of Foreign Affairs has said it is not aware of any Irish people injured or involved in the earthquake.

The quake hit a few days before the first anniversary of a major quake that killed nearly 300 people in central Italy, most of them in the town of Amatrice.

Italy's National Institute of Geophysics and Vulcanology put the magnitude of the quake at 4.0, revising it up from an initial 3.6, but both the US Geological Survey and the European quake agency estimated the magnitude at 4.3. 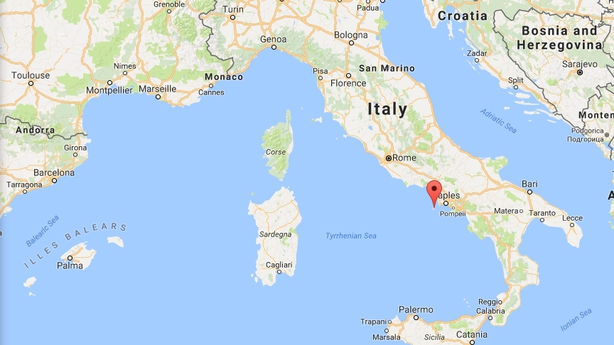 The director of the island's hospital said two people were killed and about 40 injured. One of victims was killed when she was hit by falling masonry from the church of Santa Maria del Suffragio, the Civil Protection Department in Rome said.

Most of the damage was in the high part of the volcanic island. Hotels and residences on the coast did not appear to suffer serious damage.

Helicopters and a ferry boat brought in more rescue workers from the mainland.

Three extra ferries were provided during the night for about 1,000 residents and tourists who wanted to leave.

As daylight broke, dozens of people went to the island's four ports, having decided to end their holidays early. 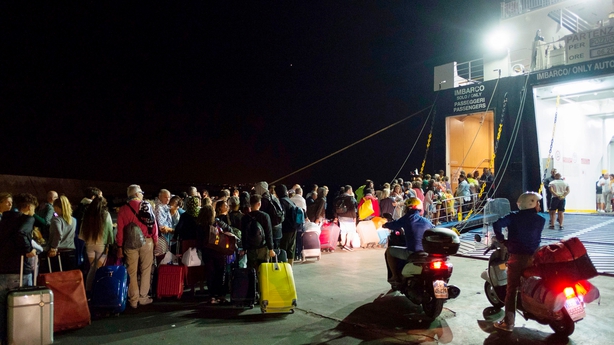 Roberto Allocca, a doctor from a local hospital, told Sky TG24 television that about 25 people had been treated for minor injuries. Most of the hospital had been evacuated and the injured were treated outside. 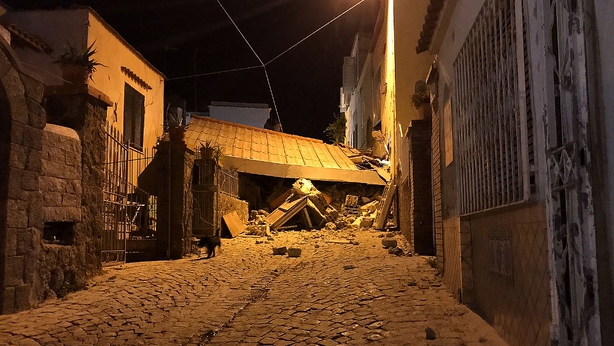 Some civil protection squads were already on the island because of brushfires.

Ischia, a volcanic island about a one-hour ferry ride from Naples, is popular with German tourists. German chancellor Angela Merkel has stayed there often.