Firefighters aided by calmer winds were gaining control of wildfires raging across drought-hit Portugal but warned the fire danger remained high in the coming days.

Some 1,600 firefighters backed by 500 vehicles were battling 11 blazes that were burning out of control in the centre and north of the country, the civil protection agency said on its website.

Another roughly 800 firefighters were at the scene of 38 other blazes which had been tamed or were being dampened down, it added.

The fires come after more than 60 people were killed in June, and more than 200 injured, in a giant blaze at Pedrogao Grande in central Portugal that raged for five days.

Firefighters had brought the biggest blaze which broke out in a forest near the central town of Abrantes largely under control, Abrantes mayor Maria do Ceu Albuquerque told reporters at the scene.

"There are still two active fronts which are a cause for concern. But there is no wind and the conditions are reunited to have a calmer night and tomorrow we can put out this fire," she said.

800 firefighters backed by 250 vehicles were battling the blaze, which broke out on Wednesday as the return of scorching temperatures put an end to a brief respite from a spate of blazes.

The fire reached an industrial park on the outskirts of Abrantes and forced the evacuation of four nearby villages as a precaution.

Around 50 residents of the villages will spend the night at a military building, Ms Albuquerque said.

"It has burned all day. It started up high and the flames went all around," Matilde Simao, a resident of evacuated village Pucarica, told AFP.

"There are people setting fires, bad people. It is the only explanation that I can see, there is no other," said another resident of Pucarica.

Local residents used garden hoses and buckets of water to help firefighters put out the flames. 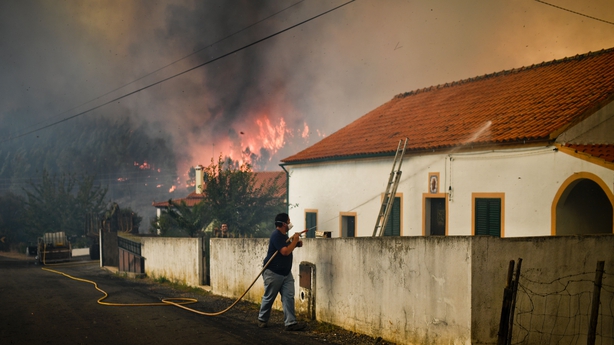 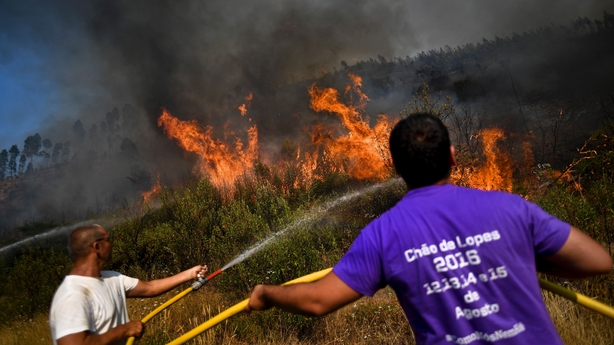 Weather conditions will be "especially favourable for wildfires" until Sunday, with strong winds and temperatures of up to 39 C forecast, civil protection agency spokeswoman Patricia Gaspar told a news conference.