Charlie Gard's parents have ended their legal fight over treatment for their terminally-ill baby son, saying: "We are sorry we could not save you."

Chris Gard and Connie Yates announced their decision as a High Court judge was preparing to oversee the latest round of a five-month legal battle.

She said "a whole lot of time has been wasted" and said she hoped Charlie's life would not be in vain.

Ms Yates wept as she said: "We are sorry we could not save you."

Charlie suffers from a rare inherited disease - infantile onset encephalomyopathy mitochondrial DNA depletion syndrome (MDDS) - and his doctors at Great Ormond Street Hospital for Children (GOSH) in London have argued that he should be allowed to die with dignity.

But his parents wanted him to be given an experimental treatment by specialist Michio Hirano, a professor of neurology at Columbia University Medical Centre in New York, who travelled to London last week to examine Charlie for the first time and discuss the case with Great Ormond Street doctors.

On Friday lawyers for GOSH told the High Court that the latest scan carried out on Charlie made for "sad reading".

Charlie Gard's father, Chris, addresses the media after announcing a legal fight over treatment for their terminally-ill baby son has ended pic.twitter.com/CNokAPht8A

Yesterday, Mr Justice Francis had been scheduled to analyse what Charlie's parents said was fresh evidence at a hearing in the Family Division of the High Court.

But as the hearing got under way, the family's barrister Grant Armstrong told the judge: "This case is now about time.

"Sadly time has run out."

Saying the case was "worthy of a Greek tragedy", Mr Armstrong said Charlie's parents had made a decision following the latest medical reports and scans.

He said damage to Charlie's muscle and tissue was irreversible.

"The parents' worst fears have been confirmed," he said

"It is now too late to treat Charlie."

Great Ormond Street Hospital said "the agony, desolation and bravery" of the decision by Charlie's parents "command GOSH's utmost respect and humble all who work there".

Mr Justice Francis paid tribute to the family and said no-one could comprehend their agony.

The judge said it was a "disgrace" that staff had been subjected to abuse and threats.

But outside court, supporters calling themselves Charlie's Army reacted with anger and tears, chanting "shame on you judge" and "shame on GOSH ".

Speaking outside the court, Mr Gard said: "A more detailed statement will be provided in due course. 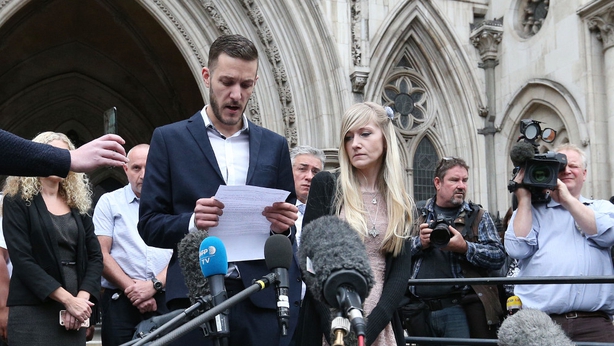 "Firstly I would like to thank our legal team who have worked tirelessly on our behalf for free and to nurses and staff at Great Ormond Street Hospital who have cared for Charlie and kept him comfortable and stable for so long.

"We would also like to thank everybody who has supported us, including all the people here about us today.

Ms Yates said: "Put simply, this is about a sweet, gorgeous, innocent little boy who was born with a rare disease who had a real, genuine chance at life and a family who loved him so very dearly - and that's why we fought so hard for him."

"We are truly devastated to say that following the most recent MRI scan of Charlie's muscles, as requested in the recent MDT meeting by Dr Hirano; as Charlie's devoted and loving parents we have decided that it's no longer in Charlie's best interests to pursue treatment and we will let our son go and be with the angels".

She added: "We would like to say a few words in the hope that Charlie's life will not be in vain. We have always acted in our son's best interests from the very beginning. We were told back in November that all his organs would fail and it was likely that we only had days left with him but to this day aside from Charlie's need for ventilation not one organ has 'failed'.

"We have always been led by Charlie. I promise every single one of you that we would not have fought this hard for our son if we thought that he was in pain or suffering".

Ms Yates said they had reached their decision because the prospect of improvement for Charlie is "unfortunately now too low". 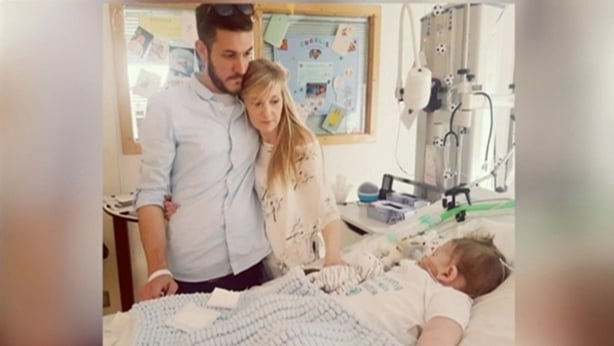 Charlie did have a real chance of getting better if only therapy was started sooner. It was never false hope as confirmed by many experts.

Now we will never know what would have happened if he got treatment but it's not about us. It's never been about us. It's about what's best for Charlie now.

At the point in time when it has become too late for Charlie we have made the agonising decision to let him go."