Thousands gathered in Srebrenica to mark the 1995 massacre of 8,000 Bosnian Muslims, Europe's worst atrocity since World War II, with some giving their loved ones a proper burial for the first time.

The remains of 71 victims of the bloodshed, considered genocide by international justice, will be laid to rest in a joint funeral at a memorial cemetery in Potocari, near Srebrenica.

They include seven people who were under 18 when they were killed and a 33-year-old woman.

Bosnian Serb forces captured the eastern Bosnian town, a UN-protected enclave at the time, on 11 July 1995, five months before the end of Bosnia's inter-ethnic war.

In the following days they summarily killed 8,000 Muslim men and boys.

So far the remains of 6,429 Srebrenica victims have been buried at the memorial site and 233 in other cemeteries, according to Bosnia's institute of missing people. 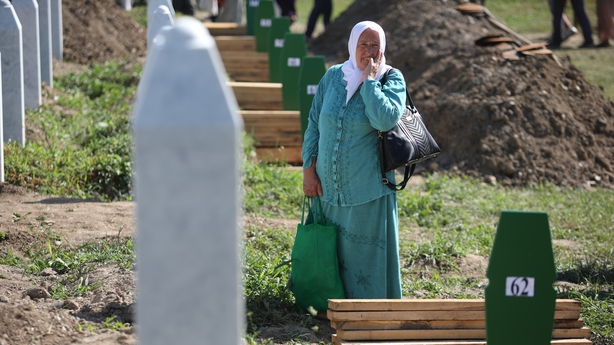 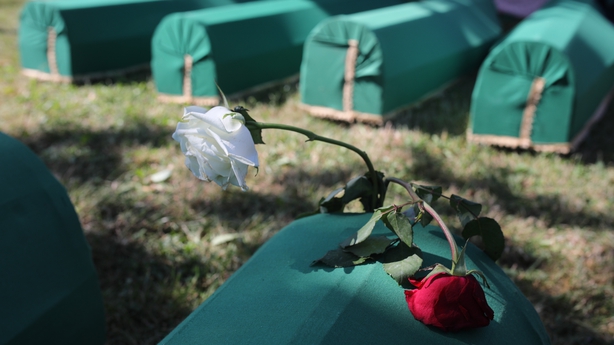 The remains of more than 1,000 other victims still have to be located.

The victims were found in about 80 mass graves, of which the last one was discovered in December 2015.

Among the identified victims there were 22 women and 440 children who were under 18 when they were killed, according to the institute.

In 2016, a UN tribunal found Bosnian Serb wartime leader Radovan Karadzic guilty of genocide over his role in the atrocity and sentenced him to 40 years in jail.

Bosnian Serb wartime military chief Ratko Mladic is expecting a verdict by the International Criminal Tribunal for the former Yugoslavia (ICTY) in November.

Bosnian Serbs still deny the Srebrenica massacre was an act of genocide, although international courts have ruled so.