A total of 198 new gardaí have qualified from Templemore today - the biggest single number of graduates since a moratorium on recruitment was lifted three years ago.

It will bring garda numbers to 13,500 by the end of this year, an increase of more than 500 over last year.

This year will be the first year that garda numbers will surpass those that were in place since a moratorium on recruiting was introduced in 2010, after which the force dropped to 12,760.

Addressing graduates Minister for State at the Department of Justice David Stanton said recent controversies if not fully addressed, have the potential to undermine the strong bond of trust that An Garda Síochána has enjoyed with the people they have served since the foundation of the State.

He also urged graduates to play their part in transforming the force into the professional policing service the Government is confident it can be. 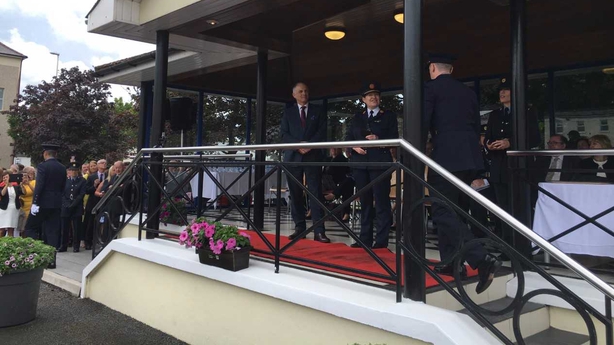 In her address Garda Commissioner Nóirín O’Sullivan said that graduates cannot have missed the almost daily coverage about failings or perceived failings in the service.

However none of the graduates gave up, they stuck with it and that shows the guards they will be, she said.

She said the controversies are a reality and are not going to go away, and what graduates have done is show the resilience they will need throughout their careers.