The spokesman said the meeting of the 15-member council was likely to be scheduled for tomorrow.

Earlier today North Korea said it had successfully test-launched a first intercontinental ballistic missile, or ICBM - which analysts said could put all of Alaska in range, for the first time.

Following the test Russia and China agreed on the need for a simultaneous freezing of North Korea's missile and nuclear programme and large-scale military exercises by the US and South Korea, Russian President Vladimir Putin said.

Mr Putin made his comments after holding talks with visiting Chinese President Xi Jinping in the Kremlin.

Both countries also called on the US to immediately halt its deployment of its Terminal High Altitude Area Defense (THAAD) missile shield, which they said is harmful for regional security.

The "landmark" test of a Hwasong-14 missile was overseen by North Korean leader Kim Jong-un.

The US military confirmed the launch.

Russia's military said the missile appeared to be "medium-range".

"The parametric flight data of the ballistic object corresponds to the tactical and technical characteristics of a medium-range ballistic missile," the defence ministry said in a statement to Russian news agencies.

N Korea says it has successfully tested an ICB missile in what is described as the culmination of a decades-long ambition pic.twitter.com/0lfBTD6cbJ

Japan strongly protested what it called a clear violation of UN resolutions.

"The test launch was conducted at the sharpest angle possible and did not have any negative effect on neighbouring countries," North Korea's state media said in a statement.

The North also said its missile capability could now strike anywhere in the world.

Following the launch, US President Donald Trump urged China to take decisive action against North Korea, urging Beijing to "end this nonsense once and for all".

The launch came just hours after China's UN ambassador warned of "disastrous" consequences if world powers fail to find a way to ease tensions with North Korea, which he said could "get out of control".

Ambassador Liu Jieyi made the remarks a day after Mr Trump spoke by phone with Chinese leader Xi Jinping on the threat posed by North Korea's missile and nuclear tests.

"Currently tensions are high and we certainly would like to see a de-escalation," Mr Liu told a news conference at UN headquarters. 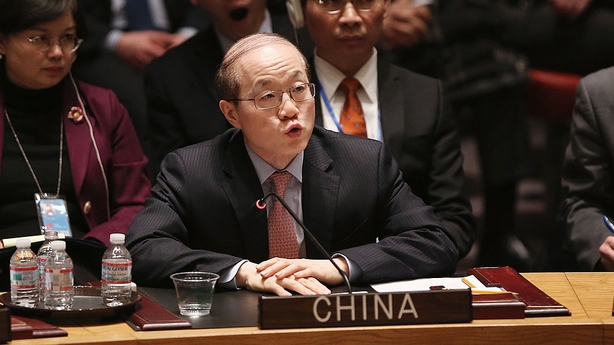 He made the comment as China assumed the presidency of the UN Security Council.

"If tension only goes up... then sooner or later it will get out of control and the consequences would be disastrous," he said.

China is pushing for talks on dismantling North Korea's nuclear programme after its ally carried out two nuclear tests last year and a series of ballistic missile tests.

Japan's Prime Minister Shinzo Abe said he will ask the presidents of China and Russia to play more constructive roles in efforts to stop the Pyongyang's arms programme.

"Leaders of the world will gather at the G20 meeting. I would like to strongly call for solidarity of the international community on the North Korean issue," Mr Abe told reporters. 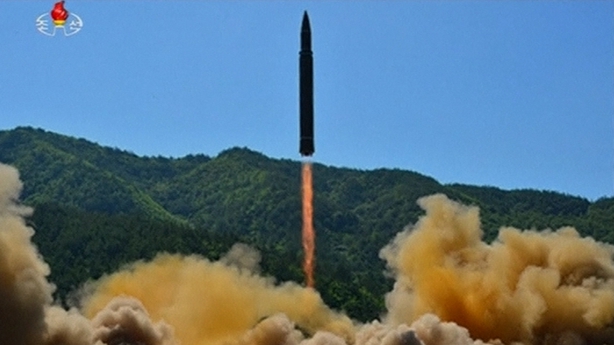 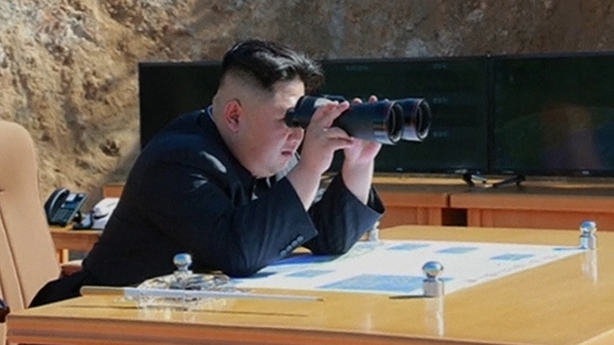 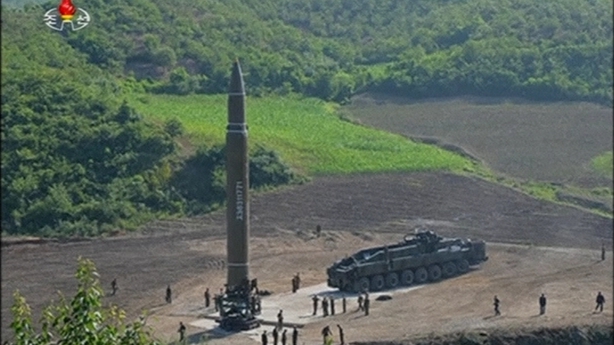 A proposal from China for a freeze of North Korea's military programmes in exchange for a suspension of US-South Korea military exercises has failed to gain traction.

The US maintains that it will open up talks with North Korea if it first halts its nuclear and missile tests.

Describing the crisis with North Korea as "very, very serious", Mr Liu said "other parties" should be "more forthcoming in accepting and supporting these proposals."

"We cannot afford to wait for too long without dialogue taking place," he added.

The Trump administration has for months urged China to rein in North Korea, but recently Mr Trump declared that China's efforts had failed.

In a sign of a possible rift with China over North Korea, the US Treasury Department last week imposed sanctions on a China's Bank of Dandong over its dealings with North Korea.