Chief Justice Susan Denham and the presidents of the Court of Appeal, the High Court, the Circuit Court and the District Court have written to Taoiseach Leo Varadkar to express their concern on proposed judicial appointments legislation.

The Chief Justice said they had written the letter in view of the "serious implications for the administration of justice".

Earlier, the body representing the majority of judges in Ireland described the measures contained in the Judicial Appointments Commission Bill as "seriously flawed".

The Association of Judges in Ireland, which represents the majority of judges in the Supreme Court, the Court of Appeal, the High Court, the Circuit Court and the District Court, took the unusual step of issuing a press release on its website this morning.

It said it was reluctant to comment publicly on issues of controversy but had decided to do so on this occasion because of the depth of its concerns.

In the statement, it said the judiciary was not opposed to the introduction of changes in the system of appointing judges.

But it said the proposals that would shortly go before the Oireachtas are seriously flawed.

The statement said the proposals did not accord with international standards and would not depoliticise the system of judicial appointments.

The association said the rationale for a lay majority and a lay chairman had not been explained.

It said it was hard to imagine any other walk of life in which the majority of those involved in an appointment process would come from outside those serving in the area to which the appointments are being made.

It also expressed concern that no member of the District Court or Circuit Court was to be a member of the commission, even though those courts together deal with the overwhelming majority of cases coming before the courts.

The statement said the Office of the Chief Justice was diminished by the requirement that he or she would be precluded from being chairperson of the commission.

It said the association was concerned the proposals may damage the judiciary as an institution. It also said a flawed appointments system could discourage suitable applicants from coming forward. It said that would be damaging to the judiciary and to the State as a whole.

The association said neither it nor its officers would be commenting further.

This afternoon, Minister for Transport Shane Ross  told RTÉ News he fully understands the resistance to reform from a strong legal lobby.

However, the Independent Alliance minister said he looks forward to a group of non-political independent citizens working with judges to select people suitable for such important positions.

Minister for Justice Charlie Flanagan, who will steer the bill through the Oireachtas also recently wrote to Fine Gael TDs saying he was disappointed by some of Minister Ross' comments about the judiciary.

However, in a briefing document to his party tonight, he stressed the bill was significant and would modernise the process of nominating judges. 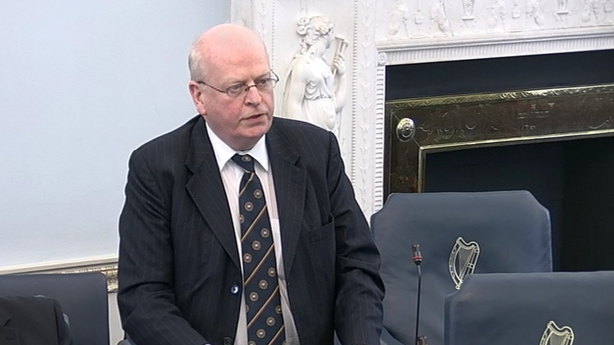 Meanwhile, former attorney general and minister for justice Michael McDowell has said the bill is ill-conceived and ill-advised.

Mr McDowell was echoing comments made last week by the President of the High Court, Justice Peter Kelly, about the attempt to change the process for the appointment of judges.

Speaking on RTÉ's Today with Cormac Ó hEadhra, Mr McDowell said it is a "foolish illusion" to consider that this kind of advisory body is best composed of people "whose primary identifying characteristic is that they do not know how the court systems work on a day-to-day basis".

He added the Constitution states it is the responsibility of the government of the day to choose who is appointed to the courts and which judges are appointed to the Court of Appeal and Supreme Court, and this role cannot be removed.

Mr McDowell also accused Mr Ross of driving this policy from a personal conviction, based on an unfortunate experience Mr Ross had in the courts.

He said Mr Ross' claims that judges are appointed based on cronyism are completely untrue.