Taoiseach Enda Kenny has had his resignation accepted by President Michael D Higgins at Áras an Uachtaráin this evening.

Mr Kenny formally resigned as Taoiseach after six years as head of Government. 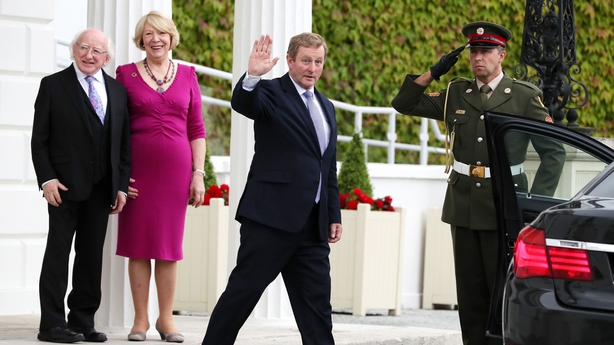 "This has never been about me, it has always been, Ceann Comhairle, about the challenges that our people and our country face," Mr Kenny told the Dáil in an address this afternoon.

"That said, I'm very happy to have the opportunity to thank you and your predecessors, and indeed all the staff of this house for their assistance and their unfailing courtesy over the last six years as Taoiseach but over the last 42 years since Ive been a member of this house."

Quoting former US president Teddy Roosevelt, Mr Kenny said the best chance that life had to offer was to work hard at work worth doing.

"I have been truly blessed I had that chance," he told the Dáil.

He said despite the scandals, politics was a job worth doing and though he did not get everything right, his motivation was always what he believed was in the best interests of the people.

Enda Kenny says it's been a privilege to lead FG & the country and thanks the Irish people, his opposition party and his party colleagues pic.twitter.com/mLGvM6cd4N

Earlier, arriving for his last Cabinet meeting, Mr Kenny said he was proud and privileged to have served as Taoiseach for so many years.

While it is a milestone for him personally, he said in the context of the country that is irrelevant, so it is business as usual.

Fianna Fáil Leader Micheál Martin told Mr Kenny that he was a proud representative of the office of Taoiseach; that he was an Irish patriot and and democrat.

He said he wanted, on behalf of his party to thank the Taoiseach for putting the country first during his period in office.

Mr Martin told Mr Kenny that he had been courageous throughout his career, in taking over as leader of Fine Gael in 2002, facing down the challenge against him from within the party and going on to win the 2011 election. He joked:

Most of all Taoiseach, you put your heart and soul into your job in Dublin knowing that Michael Ring was back in Mayo stealing your votes.

He said back in 2011, his hopeful, happy attitude was exactly what the country needed.

Mr Howlin said while he and the Taoiseach did not agree on many issues in government, their central role was to fix the mess created by others. "That remains your greatest legacy," he told Mr Kenny.

He also paid tribute to his speech on the Cloyne report.

He said abortion and marriage equality were difficult issues for him, and they did not agree at the beginning. However, he added that once he changed his view, he stuck to it, regardless of the political cost.

Mr Adams, however, also highlighted what he said were the many failures of the Government tackling problems in the health service, homelessness and the ongoing crisis in Northern Ireland.

He said while their parties did not agree on much politically, Mr Adams said he always found the Taoiseach to be friendly.

"Let me say, I will miss you," he told the Dáil with "your entertaining tales of meetings you have had and meetings have not had," including meeting people with two pints.

Mr Adams also went on to highlight many of the issues where he said the Government had failed the people of Ireland. He also pointed out that the national debt had risen from €25bn in 2007 to €200bn now.

Gerry Adams says him and Enda Kenny didn't always see eye-to-eye but says he will miss him and his optimistic energy pic.twitter.com/vRruVJ4vRK

Mr Kenny is the longest-serving Fine Gael Taoiseach and the first in his party to serve two consecutive terms in the highest political office.

His legacy will be marked by the turnaround in the economy, the country's exit from the bailout programme and the same-sex marriage referendum. 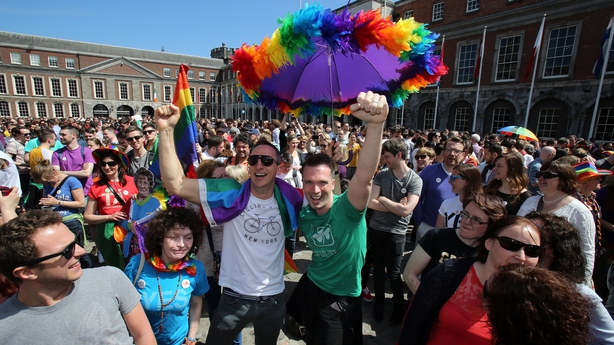 However, many in Opposition are critical of how his Government made €10bn in budgetary adjustments during the recession.

Mr Kenny will attend the Fine Gael parliamentary party meeting later today. But in a sign of the changed times, the leadership address there will be delivered by Leo Varadkar.

Many ministers will be also mindful that they will be changing departments after Mr Varadkar's expected election as the 14th head of government tomorrow.

Minimal changes are expected with junior ministers Michael Ring and Eoghan Murphy expected to be promoted.

Mr Martin has said he will facilitate the election of Mr Varadkar as taoiseach because he "doesn't believe in general elections every year", particularly given the need for stability with Brexit around the corner.

Mr Ross said talks the Alliance has had with Mr Varadkar have been extremely helpful and have solidified its determination to have stable government and introduce reforms.

As his tenure as Taoiseach winds down, a look at Enda Kenny's journey through politics https://t.co/LDxJnWcYVO