The activities of President Donald Trump's son-in-law and senior aide Jared Kushner have come under FBI scrutiny as part of the probe of Russian interference in last year's presidential election, US media have reported.

He is under investigation for the "extent and nature" of his interaction with Russian officials, the Washington Post reported, citing people familiar with the matter.

It is unclear whether Mr Kushner is a main focus of the probe.

NBC News, citing unnamed US officials, also reported that the FBI was looking at Mr Kushner but emphasised that while investigators believe he has "significant information relevant to their inquiry," it does not mean they suspect him of a crime.

Mr Kushner held meetings with the Russian ambassador to the United States and a banker from Moscow in December, the Post said.

He initially failed to declare the meetings on forms to obtain a security clearance to serve in the White House.

His lawyer later said it was a mistake, telling the Federal Bureau of Investigation that he would amend the forms.

Mr Kushner, who is married to Mr Trump's daughter Ivanka, is the only current White House official known to be considered a key figure in the probe, which is targeting other members of Mr Trump's campaign team.

"Mr Kushner previously volunteered to share with Congress what he knows about these meetings.

"He will do the same if he is contacted in connection with any other inquiry," Jamie Gorelick, one of his attorneys, told the Post.

Investigators are looking into possible financial crimes in addition to possible collusion between the campaign and Russian officials, the newspaper said. 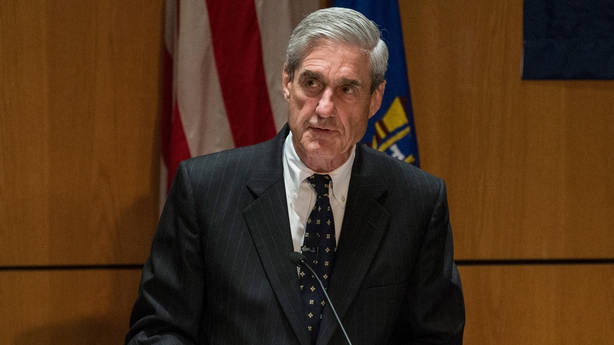 The probe is headed by former FBI director Robert Mueller, who was appointed special counsel with broad powers to investigate Russian election meddling and possible collusion with the Trump campaign.

Mr Mueller was appointed after the president sacked FBI director James Comey, who was heading the investigation, earlier this month.

Mr Trump has repeatedly denied any collusion between his campaign and the Kremlin, amid accusations from US intelligence that Russian President Vladimir Putin orchestrated a sweeping campaign to tilt the vote in the Republican's favour.