President Michael D Higgins has condemned the attack in Manchester as a cowardly act which he said would appall anyone who appreciated the basic democratic right to gather in a public space.

He said Manchester is a warm city which has welcomed people of all backgrounds and there is a long history of connections with Ireland.

He said that he has close personal connections with Manchester as he has family there and spent three years in the city.

President Michael D Higgins sends his sympathy and solidarity to the Mayor of Manchester pic.twitter.com/76Y745xtWt

Earlier, Taoiseach Enda Kenny said there are currently no plans to raise the terror alert level in Ireland in the wake of a "vile" attack in Manchester that left 22 people dead.

In a statement, Mr Kenny said "on behalf of the people of Ireland, I would like to extend our deepest sympathy to the United Kingdom on the truly dreadful attack which took place in Manchester last night."

He said that he has spoken to Garda Commissioner Nóirín O'Sullivan and Tánaiste Frances Fitzgerald, and that the Cabinet has been briefed on developments.

He is due to speak to British Prime Minister Theresa May later this evening.

Speaking on RTÉ's Morning Ireland, Mr Kenny said this is a tragic time for the people of Manchester and a difficult time for the UK government.

Speaking on Morning Ireland Taoiseach Enda Kenny said the Manchester attack was an "attack on innocence and on happiness" pic.twitter.com/Sa9TIqHLfj

He said the Irish ties to Manchester are strong and offered his support.

Ireland and Manchester's ties are so strong and we will offer any support that we can - Taoiseach Enda Kenny pic.twitter.com/jgu8qzQpiD

Mr Kenny said there are no plans yet to raise the alert level in Ireland, but the situation is being monitored closely.

As of now, he said, it is not known if any Irish citizens were affected by the attack, but said helplines are open.

In a statement earlier, the Taoiseach said: "The vile acts carried out in Manchester last night are a reminder of the depravity of the views held by the few. Those beliefs have no place in our society.

"My thoughts and prayers are with the victims, their families and all those affected by this atrocity. I am heartbroken for all. 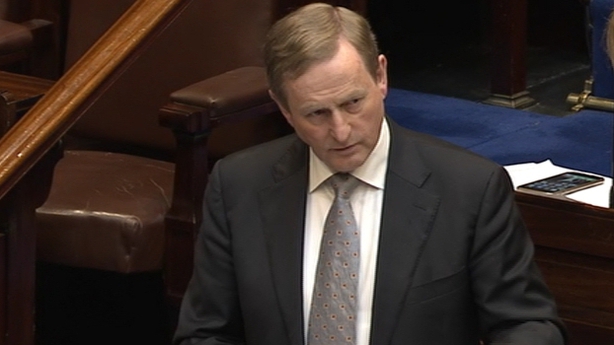 "The city of Manchester has exceptionally close ties with our country and I extend the solidarity of the Irish Government and all our people to those affected across the UK."

Minister for Foreign Affairs Charlie Flanagan said: "I am shocked and horrified by the large loss of life in Manchester last night and my thoughts and prayers are with those affected, and we stand by our nearest neighbour, the UK especially due to the strong links between our country and the city of Manchester.

"The Consular Section of my Department, in conjunction with our Embassy in London is monitoring the situation and we are not at this time aware of any Irish citizens affected.

Fianna Fáil leader Micheál Martin said: "To attack a group of young people in such a cowardly way is simply abhorrent to the vast majority of people in Ireland, and I know that the people of Ireland stand in solidarity with the people of Manchester.

"As a parent, I find this attack exceptionally difficult to comprehend, and while details are limited at present, it's clear that whoever orchestrated this attack cares little for basic decency and humanity.

"The ties between Ireland and Manchester run deep, but we know that the people of Manchester are strong and resilient and will rise above this barbaric attack on innocence.

"In the days and weeks to come, we will be praying for those who have lost their lives, and those who were injured."

If you have any concerns about Irish citizens you can contact the Department of Foreign Affairs #manchesterattack pic.twitter.com/qkqFvLaO0J

Sinn Féin president Gerry Adams has said: "This was a shocking and horrendous attack on children and young people enjoying a concert. Our thoughts are with those killed and with all those who are injured."

SDLP leader Colum Eastwood said: "The people of Ireland understand the tragic pain of loss that those in Manchester are feeling.

"We stand with the people of Manchester today, unbroken, unbowed and resolutely determined to defeat those responsible."

He added: "This was a heartbreaking act of barbarism." 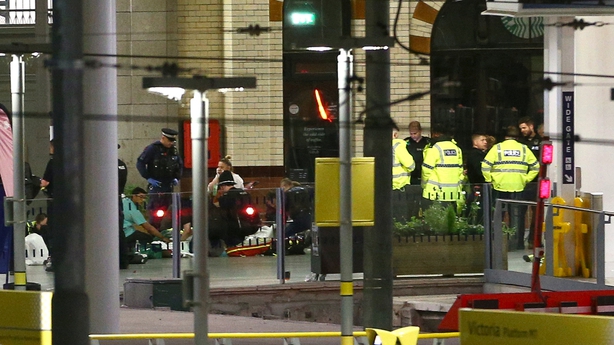 "We stand united with the people of Manchester to face down the terrorists who carried out this cowardly act.

"As a parent, I can only imagine the hurt and pain which the parents of the children killed and injured are going through."

Labour Party eader Brendan Howlin expressed his sympathies with all those affected by last night's attack.

"The news from Manchester is simply appalling. On behalf of my Party, I would like to offer our deepest sympathies with the victims, their families and the people of Manchester," Mr Howlin said in a statement.

"Ireland has always had strong links with Manchester, and today more than ever we stand alongside the community there, as they mourn the needless loss of so many young lives.

"I would also like to pay tribute to the emergency workers and all those local people in Manchester who we are hearing have been doing all they can to help in the aftermath of this atrocity." 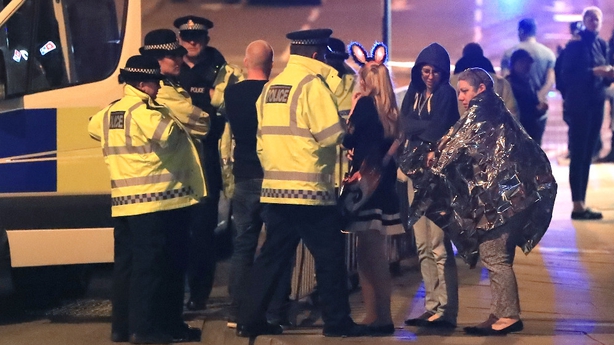 The Vatican has said that Pope Francis was deeply saddened by the "barbaric" attack.

"His Holiness Pope Francis was deeply saddened to learn of the injury and tragic loss of life caused by the barbaric attack in Manchester," read a telegram sent in his name.

"And he expresses his heartfelt solidarity with all those affected by this senseless act of violence.

"He commends the generous efforts of the emergency and security personnel, and offers the assurance of his prayers for the injured, and for all who have died.

Leaders from around the world have condemned the attack and offered their condolences to the victims.

US President Donald Trump has told British Prime Minister Theresa May that Americans stood with the UK following the attack in Manchester.

In a statement, the White House said that the two leaders agreed during a telephone call that the attack was "particularly wanton and depraved".

It said: "The President reassured the Prime Minister that Americans stand with the people of the United Kingdom and that our resolve will never waiver in the face of terrorism."

French President Emmanuel Macron condemned the attack as "the most cowardly terrorism" and expressed France's compassion and solidarity with Britain. 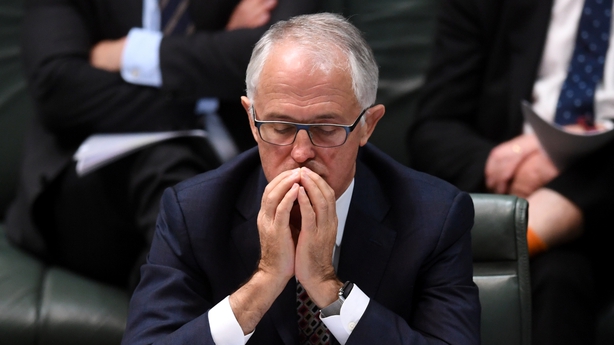 He said: "This incident, this attack, is especially vile, especially criminal, especially horrific because it appears to have been deliberately directed at teenagers.

"This is an attack on innocents. Surely there is no crime more reprehensible than the murder of children.

"This is a direct and brutal attack on young people everywhere, on freedom everywhere."

Indian Prime Minister Narendra Modi tweeted: "Pained by the attack in Manchester. We strongly condemn it. Our thoughts are with the families of the deceased & prayers with the injured."

In Japan, a government spokesman said: "If this is a terrorist attack, such abhorrent acts of terrorism cannot be justified for any reason, and Japan firmly condemns such an act of terrorism.

"I would like to express my heartfelt condolences to the victims and families of the deceased and my prayers to a swift recovery for the wounded. Japan stands in solidarity with the people of the UK."

Canadian Prime Minister Justin Trudeau tweeted: "Canadians are shocked by the news of the horrific attack in Manchester tonight. Please keep the victims & their families in your thoughts."

President of the European Council, Donald Tusk, tweeted: "My heart is in Manchester this night. Our thoughts are with the victims."