A post-mortem examination has been carried out on the body of 29-year-old Rita Apine who was found at the bottom of a stairs in a house in Co Kilkenny yesterday afternoon.

Gardaí were alerted by ambulance control after a person phoned emergency services.

When they got into the house at Freshford they found Ms Apine with serious injuries.

She was taken to St Luke's Hospital in Kilkenny, but pronounced dead shortly after arrival.

A 30-year-old man was arrested and remains in custody.

It is understood he is from Eastern Europe and had been living and working in Co Kilkenny and was known to Ms Apine.

Gardaí are investigating if Ms Apine sustained her injuries from a fall or if she had been assaulted.

The results of the post-mortem have not been released for operational reasons.

Originally from Latvia, Ms Apine had a young daughter. 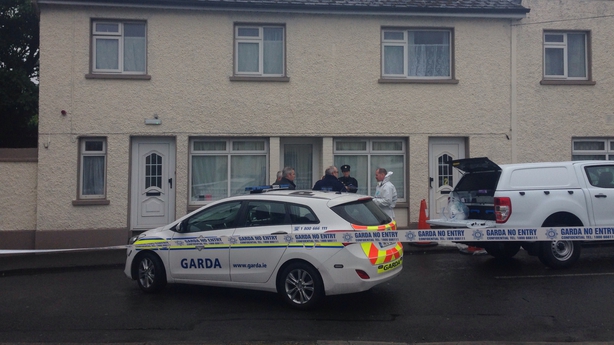 The house was sealed off and and Deputy State Pathologist Dr Linda Mulligan visited the scene earlier today.

Gardaí have appealed to anybody who visited the local Costcutter shop, or who may have been in the Bridge Street area of Freshford village, between the hours of 8am and 1pm yesterday and who may have heard or noticed anything out of the ordinary to contact them.