Britain's Prince Charles has been given an exhibition in hurling as part of his visit to Ireland.

The visit is part of a four-day trip to Northern Ireland and the Republic, the first since the UK's referendum vote to leave the European Union.

As Charles and the Duchess of Cornwall kicked off day two of their trip, thousands of well-wishers lined the streets outside Kilkenny Castle.

Once inside the walls, Prince Charles tried his hand at hurling with former Kilkenny All-Star Henry Shefflin on hand to advise.

Both he and Kilkenny hurling manager Brian Cody demonstrated the art of the sport before passing over the hurley to the prince, who expressed relief "not to have disgraced myself entirely by missing the goal and hitting a member of the press corps between the eyes".

Shefflin said: "He kept it low into the bottom of the net. His first question was how hard can you hit it, like anyone they want to see how hard you can hit it.

"But for the first go it was very very good. Maybe if he was back here a few years ago Brian would have signed him up at some stage.

"It's a great occasion. It's just a sign of the times." 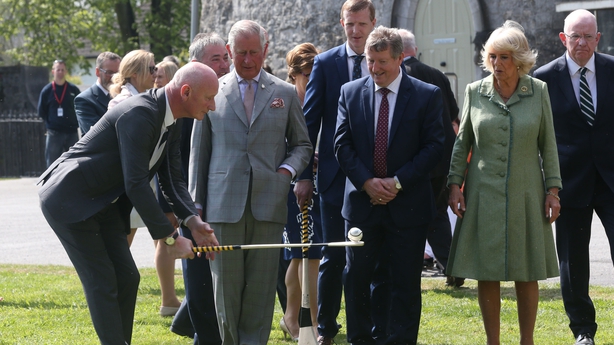 Prince Charles tried his hand at hurling during his visit to Kilkenny pic.twitter.com/qXXHLwmel8 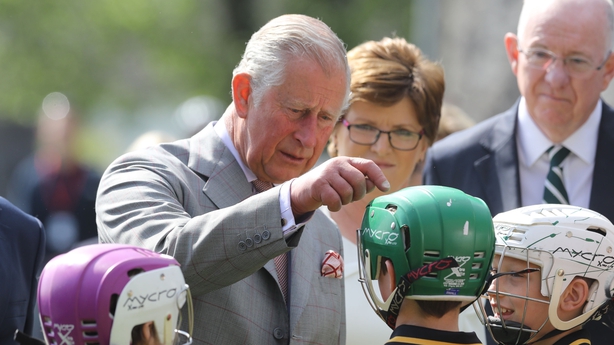 Prince Charles also spoke of his desire to keep coming to Ireland, a trip that has taken place every May for the last three years.

"I hope and pray that during the rest of my life, before I drop dead, I might have the chance to visit as many of the counties as possible in this great country," he said.

Outside the castle the royal couple spent time shaking hands with locals and toured a local farmers' market.

Charles quipped how he declined a taste of the "most fiendish little drink", a tonic ominously named Dragon's Fire, made from garlic.

The royal couple were guests at a function hosted by President Higgins and his wife in Áras an Uachtaráin last night.

Prince Charles said that it would be too much of a tragedy if all the hard work of reconciliation by the UK and Ireland was weakened in any way. 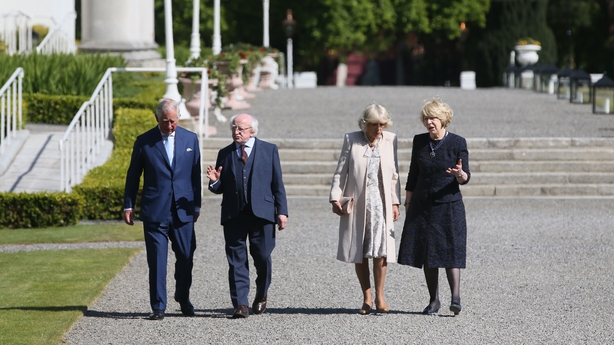 Two significant speeches about British-Irish relations were made at the function.

President Higgins spoke of the need to find new and better ways to work together and to develop further the positive relations that have been achieved over recent terms.

Prince Charles said he was fully aware of the challenges both countries face.

He said you can be confident there will be no diminishing in the regard the UK has for Ireland, nor a reduction in joint efforts to encourage reconciliation.

He also said "our joint efforts have become a beacon for the rest of the world and I feel it is important to keep bothering you with my visits to demonstrate the United Kingdom's commitment to the peace".

Prince Charles used a phrase in Irish in both his opening and closing remarks.

Following their visit Kilkenny, the couple travelled to Kildare where the Duchess of Cornwall spent her afternoon at the Irish National Stud, outside Kildare town.

Upon arrival she was introduced to some retired national hunt legends, including Hurricane Fly and Beef Or Salmon, who now reside at the stud.

She also met 25 students from nine different countries, including India the United States and New Zealand, who are attending a management course at the stud.

Prince Charles visited the United Nations training camp of the Defence Forces at the Curragh while the Duchess took in the equine side of Kildare.

He became the first member of the royal family to visit the Curragh Camp army base since it was handed over to the Irish state in 1922. 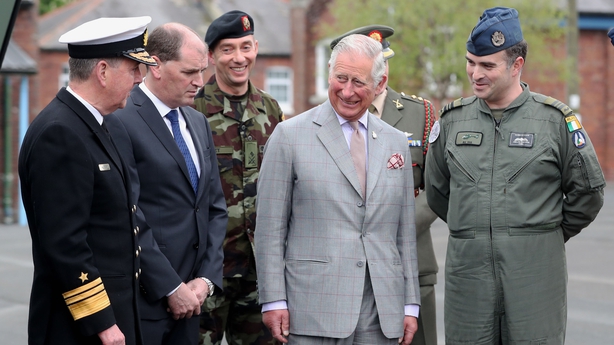 He also met with a number of veterans who served in Sierra Leone during the Ebola crisis.

Corporal Frank Noonan, who served in Sierra Leone for five months in 2015, said Charles was very interested in the operation.

"He asked about the mission and if we volunteered to go ourselves. He was very interested in our work there.

"We told him we volunteered to go out. It was an experience I thoroughly enjoyed being part of," added CPL Noonan.

UNTSI is responsible for the training and education of all Irish Defence Forces personnel preparing to take part in Peace Support Operations globally.

Yesterday, the royal couple attended a memorial for PSNI officers in Belfast.

On Tuesday they travelled to the Home Place visitor centre dedicated to the late Nobel Laureate Seamus Heaney.