"I was elected leader and I’ll stay leader," Mr Corbyn told Buzzfeed News when asked about whether he planned to step down if Labour suffers significant losses in next month’s general election. There are many within Mr Corbyn’s parliamentary party who agree he is going nowhere, certainly not into Number 10 Downing Street. Beyond that, they do not agree with him on very much at all.

The story of the current UK Labour Party is one which, in any ordinary time in British politics, would be quite astonishing. But these, of course, are no ordinary times.

From his initial struggle to get enough names to nominate him for the leadership competition, to the way in which his grassroots leadership campaign took off, Jeremy Corbyn’s story has amazed at every turn.

But he has also faced the ire and ridicule of the right wing of the British press. Whether it was his failure to sing the national anthem or the way in which he dressed, the Labour leadership was under both scrutiny and attack.

The criticisms, though, were from within as well as without. A majority of his own parliamentary party were pointedly and public discontented with Mr Corbyn’s leadership style, accusing him of failing to communicate to the wider voting public.

A leadership challenge after the Brexit vote failed to unseat Mr Corbyn and for many Labour MPs it became a case of putting their heads down and getting on with what the situation as best they could. Whether it was concentrating on constituency work or throwing themselves into Commons Committee work, many simply had to accept that the leadership question could not be returned to any time soon. 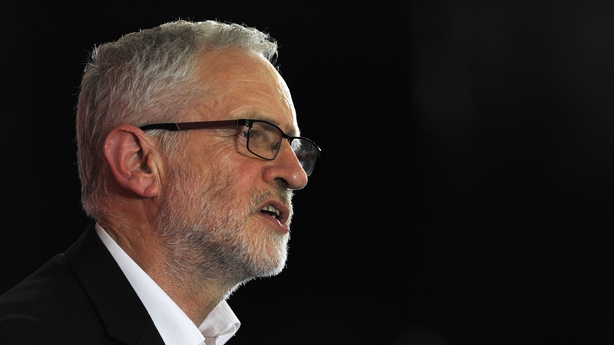 Although many in his party were aghast at the idea of a general election, there is also a sense from some that the Labour wipeout which polls are predicting might finally mean the end of Jeremy Corbyn as leader.

As one Labour supporter told me recently "we knew we’d have to rebuild, whether we have to start in 2017 or 2020 now seems irrelevant".

Mr Corbyn’s comments that he would not stand down in the event of a major loss will not have heartened the MPs who are already putting a brave face on this general election campaign. It could also be of course that Mr Corbyn is deflecting, knowing that if he does acknowledge a defeat would mean stepping aside, then this entire campaign will be spent talking about that, rather than his political message.

Only the politically naive believed David Cameron when he said he intended to stay on even if Britain voted to leave the EU in last years referendum. Sometimes it’s easier to pretend.

But Jeremy Corbyn and his colleagues on the left of the party waited a long time to get into leadership, and if he leaves it seems unlikely he will do so without having anointed a successor who he believes can continue the politics in which he believes.

There is an additional difficulty for the anti-Corbyn MPs. Many suspect they will not be returning after the June 8th vote.

Those in unsafe seats are watching as voters who left Labour to vote UKIP in the last election now say they will be turning towards the Conservatives instead. It is in fact many of Jeremy Corbyn’s supporters who are in safe Labour seats, making them far more likely to be the ones returning to the House of Commons after the election.

It could leave Mr Corbyn in the unique position of having far more support within the parliamentary party in the wake of an election loss than he did beforehand.

These are truly no ordinary times.