Human remains have been found in the forest at Pont-de-l'Arche near Rouen in northern France at the site where the Independent Commission for the Location of Victims' Remains (ICLVR) have been searching for the body of Seamus Ruddy.

The discovery was made by the ICLVR team who have been searching since 2 May.

The recovery of the remains will take some time and then the process of a post-mortem examination and of formal identification will begin in conjunction with the French authorities, the ICLVR said in a statement. 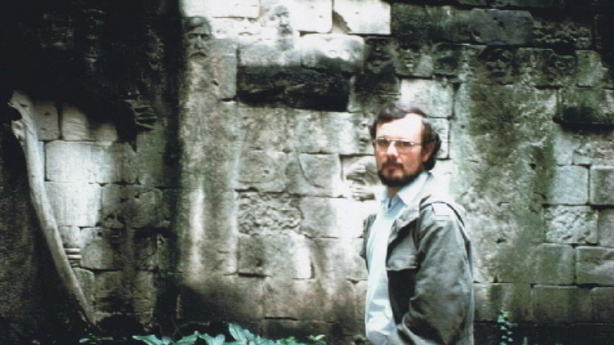 Seamus Ruddy, a teacher from Newry, Co Down, was abducted from Paris, murdered and secretly buried by republican paramilitary group, the INLA, in 1985.

His body, thought to have been buried in a forest in northern France, has never been found.

He is one of the 'Disappeared', those who were abducted, murdered and secretly buried by republicans during Northern Ireland's Troubles.

Tánaiste and Minister for Justice Frances Fitzgerald said: "I hope the discovery of remains in France will move us ever closer to finalising the tragic search for all of the Disappeared.

"For a family to be bereaved but denied the opportunity to bury their loved one is a terrible cruelty that is hard to imagine. At this time, I would like to remember all of the families of the Disappeared and the suffering which they have endured," she said. 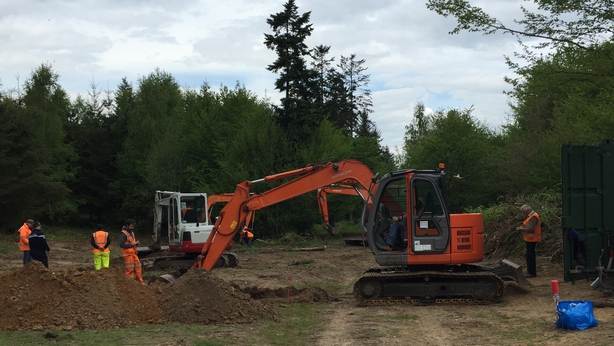 The family of Mr Ruddy, who was 32 when he was killed, now face a tense wait for news they have been waiting more three decades to hear.

His sister Anne Morgan visited the search site in France yesterday, just hours before the discovery.

Three of his other siblings, Terry, Gertie and Kieran, visited a cemetery on the outskirts of Newry this afternoon where their parents are buried.

Before she died, their mother insisted that the name of her missing son would be put on the headstone.

The family now hopes that the remains of Mr Ruddy will be brought home to rest in peace.

Seamus Ruddy’s siblings hopeful that they will be able to bury their brother’s remains alongside their parents after find at dig in France pic.twitter.com/Qc6utGrYkV

Sinn Féin leader Gerry Adams said: "I want to commend the commission and all of those involved in today's discovery. Efforts must continue to recover the three remaining bodies.

"I again appeal to anyone with information to come forward," added Mr Adams.

The ICLVR was set up during the peace process by the British and Irish governments to recover the bodies of those murdered and secretly buried, mainly by the IRA, in the 1970s and 1980s.

There had been three previous searches in the forest area for Mr Ruddy, the most recent by the ICLVR in 2008.

The commission's experts, who require those with knowledge of the crimes to come forward and provide information without fear of prosecution, were confident the guidance they were acting on this time was accurate.

If the remains are those of Mr Ruddy, that will leave three Disappeared victims still to be recovered.

The commission was originally tasked to find 16 murder victims.

The remains of Columba McVeigh, Joe Lynskey and Robert Nairac have yet to be found.

Sixteen people have been acknowledged as Disappeared victims of the Northern Ireland Troubles.

All were abducted, murdered and buried secretly by republican paramilitaries during the conflict.

Those yet to be found: