A former inmate of a Co Limerick Industrial school has said he wants documents related to the institution archived in a place where they can be made public for all to see.

Earlier this week Tom Wall removed the documents, which he says he saved from a bonfire at Glin Industrial School, from the University of Limerick's Glucksman library over concerns that they were not being placed in the public domain.

Mr Wall had donated the files to UL in 2015. Since then they have remained unexamined in boxes, pending resolution of a dispute over their ownership.

RTÉ News has seen the documents, which include hundreds of court documents committing children to the institution.

They also include letters from children to relatives, and from relatives to children at the home. These letters were apparently never sent or received, but kept in the institution files.

Glin Industrial School was run by the Christian Brothers. Among several findings against the institution the Ryan report found that it had a "severe systemic regime of corporal punishment". 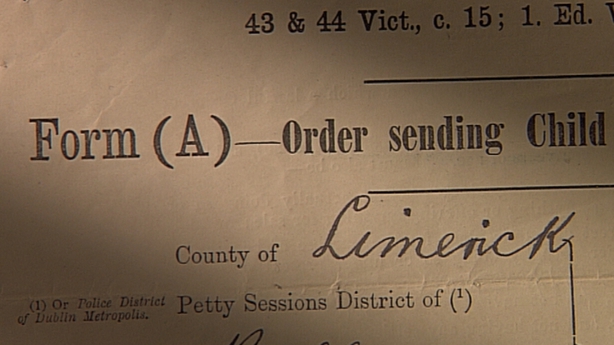 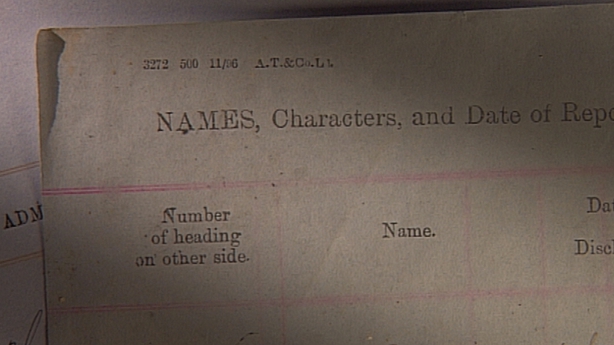 The documents also include ledgers dealing with the day-to-day life of the institution, including accounts detailing food bought for both the children and the Christian Brothers, as well as records of discharge of boys, along with character references.

The documents have lain virtually undisturbed since 1973.

Mr Wall says he saved them from a bonfire after he was instructed by the Christian Brothers to burn all records remaining at the building.

In a statement to RTÉ News the Christian Brothers refer to this as an "allegation," adding that such a direction "would run entirely contrary to congregation policy".

The school closed in the late 1960s and the building was vacated by the Brothers in 1973.

The documents date from the 1880s up to the 1950s. Some of the children they refer to are likely to still be alive.

The files include letters between boys at the institution and their relatives. But it appears the letters were never passed on to their intended recipients. They remained in the Christian Brother files at the school.

In a letter to one child, an aunt in Birmingham writes; "I am coming home, I am going to write to the Superior to ask him if you can come out".

A letter from the same child's sister states "Agnes wrote to the superior about you but got no answer".

"Aunt Agnes is going to bring you over. She is going to Ireland. She wrote to Michael Keys the TD about it."

These letters date from the late 1930s.

The same boy writes to his brother, who has since left the institution; "I feel lonely here only for the letter you send me".

However it appears that none of these letters reached the children and relatives they were intended for. Some of the letters refer to 'sixpences' and photos enclosed. 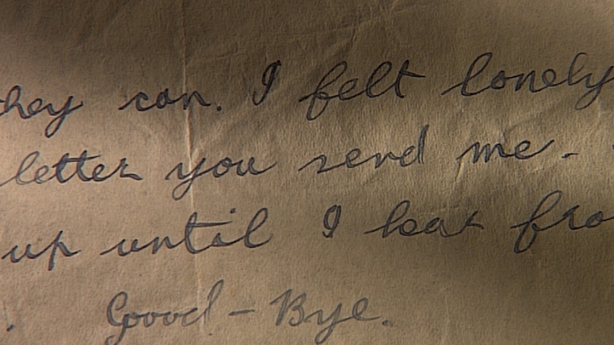 One letter, sent to Mr Wall from his aunt states; "I am going to Foynes, will you come and bring me home".

Foynes is close to Glin. Mr Wall's aunt was a resident in another residential institution, the Good Shepherd laundry in Limerick city.

The vast majority of the court documents ordering the detention of children list reasons to do with poverty as the main cause of committal.

Many state "found wandering abroad without proper guardianship". Very few detail anything that could amount to a crime.

All the children, regardless of age, are committed until their 16th birthdays.

After Mr Wall gave the documents to UL's Glucksman Library, the Christian Brothers contested their ownership and maintained in correspondence that the documents should be given to them, for their archives.

After the matter was raised in the Dáil by TD Niall Collins several weeks ago, the Christian Brothers stated that they would be satisfied with copies and were happy for the documents to remain at UL.

However the university did not regard the matter as finalised and on Monday Mr Wall took the documents back.

The Christian Brothers have proposed an agreement that would give them certain rights over the material and any other future material received by the University related to Glin.

However Mr Wall says he is not satisfied with the proposals.

Mr Wall was committed to Glin Industrial School when he was three years old after he was taken from his mother at a nearby Mother and Baby home.

Mr Wall describes his childhood at Glin as "a living hell".

In the book he wrote about his experience, The Boy from Glin, he recalls regular violent beatings and rape, as well as hunger and neglect.

Mr Wall told RTÉ News he doesn't believe the Christian Brothers should have any rights at all over the documents.

The Christian Brothers have told RTÉ News that they have been in communication with tUL over recent weeks regarding the documents.

In a statement the Brothers said they had advised UL that were they to be provided with appropriate copies of the Glin documents for their archive they would have no objection to the original papers being donated to the University.

The statement refers to legal steps previously taken by the Brothers to recover the documents for their own archives.

In their statement to RTÉ News, they say "neither had no have any vested interest in seeking the return of the Glin documentation for any reason save to ensure that our archives are as complete as possible as the documentation probably contains important family history which we believe would be helpful in assisting any inquiries from former residents".

The Christian Brothers wrote to both UL and Mr Wall last week offering a legal agreement "to give effect to that commitment".

The proposed agreement covers the current documents in Mr Wall's possession as well as any future documents received by UL relating to Glin. It allows for a Christian Brothers archivist to view any future deposits "prior to scanning and processing".

The proposed document states that "in accordance with this agreement"  the Christian Brothers will agree "to not pursue any legal action in respect of ownership and title".

The Glucksman Library at UL has told RTÉ News that it maintains an interest in having the collection housed, archived, and digitised there.

Tom Wall has told RTE News that he is unhappy with the terms of the Christian Brother's proposals and wishes the documents to be held "independently" by a public institution.