The remembrance wall erected in Glasnevin Cemetery to mark the centenary of the 1916 Rising has been vandalised.

Paint was thrown on the wall during the night.

The wall, which is officially called the Necrology Wall, bears the names of all those who died as a result of the 1916 conflict.

The Glasnevin Trust, which operates the historic graveyard, has issued a statement describing it as "an act of callous vandalism".

"Glasnevin Trust is currently engaging with the gardaí on the matter and will not be commenting further at this time," added the statement.

Gardaí in Mountjoy are investigating the incident after being alerted early this morning.

The paint is not confined to any category of deceased. 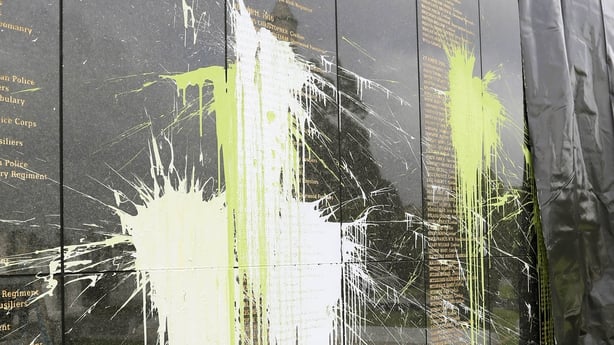