A 30km/h speed limit is being extended to all residential roads within Dublin's canals from midnight tonight.

The AA has criticised the move but Dublin City Council has said it will save lives.

At present the 30km/h zones operate in the core city centre area and in the suburb of Marino.

Following a vote by councillors this was extended to all residential roads between the canals, and as part of the next phase it will be extended to eight other suburban areas, including Glasnevin, Donnycarney and Crumlin, from 1 May.

Arterial routes are not affected, but the 30km/h limit could be introduced on stretches of main roads as part of phase three to be considered later this year.

Conor Faughnan of the AA said if limits were introduced on roads where they do not make sense then motorists stop paying attention to speed signs but the council says the move will save lives.

The council's new signage will be revealed from midnight in housing estates and locations where the new limits apply. 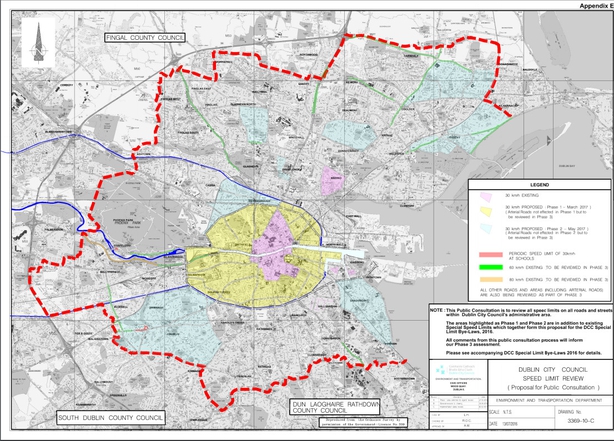