The bodies of five people have been found in Wales with the wreckage of a helicopter that had been missing.

Police have said the victims are all adults and part of the same extended family from the Milton Keynes area.

Two of the victims have been named locally as Kevin and Ruth Burke, who owned the helicopter.

Mrs Burke was from Ireland and lived in the United Kingdom for some years.

North Wales Police confirmed this afternoon that the wreckage had been found.

The privately-owned Twin Squirrel aircraft is believed to have left Luton to fly to Dublin, via Caernarfon Bay, before disappearing yesterday afternoon.

An extensive search of the Irish Sea and Snowdonia was launched at around 4.15pm yesterday after the Distress and Diversion system lost radar contact with the helicopter.

Police, Mountain Rescue Teams and other personnel have suspended the recovery of those on board overnight, due to deteriorating weather conditions and treacherous terrain in the area. The operation will resume in the morning.

A joint investigation led by the Air Accident Investigation Branch is under way, central to which will be the recovery of the aircraft.

North Wales Police said the wreckage was found in difficult and challenging terrain.

Superintendent Gareth Evans, of North Wales Police, said: "Initially, its last known position was believed 'over sea' in the Caernarfon Bay area but this was then narrowed to a land based search co-ordinated by North Wales Police in Snowdonia involving all local and RAF Mountain Rescue Teams.

"Local conditions were described as atrocious with visibility down to less than 10 metres in places.

"The terrain where the aircraft has been located is remote and in places hazardous.

"I'd also like to thank the local community for their support and assistance but I'd also ask people to refrain from visiting the area as it is now subject of a full investigation led by the Air Accident Investigation Branch to establish what led up to and caused this tragic event."

The search was scaled back overnight due to poor weather conditions but North Wales Police and mountain rescue teams continued to search on the ground. 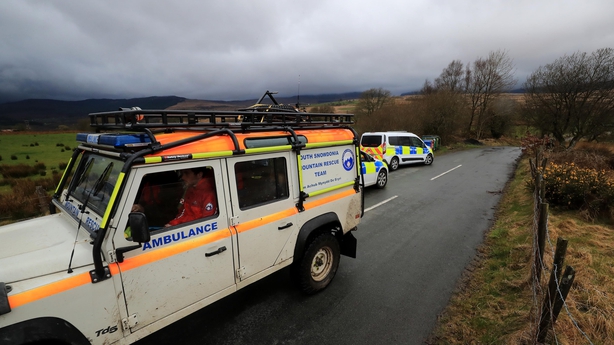 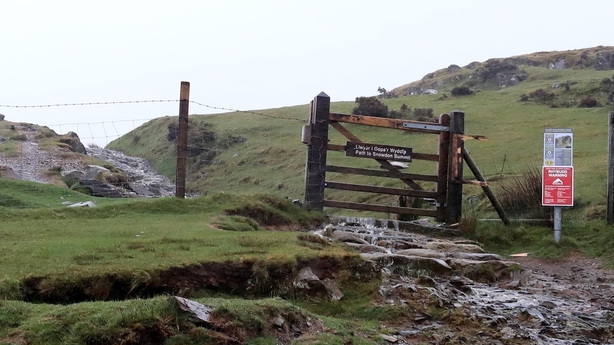 Minister for Foreign Affairs Charlie Flanagan has said his department is closely monitoring the situation and the Irish Embassy in London is in close contact with relevant authorities in the UK.

The minister also offered his condolences to the families affected, and offered "any consular assistance that it required."

The Eurocopter AS55 Ecureuil 2 (Twin Squirrel), now made by Airbus, is a widely used twin-engine light utility helicopter which has a reputation for durability and requiring low maintenance.

First introduced in the mid-1970s, the all-weather aircraft has evolved through several variants and is used by both civil and military applications.