The Government has announced two investigations into An Garda Síochána and reaffirmed its confidence in Garda Commissioner Nóirín O'Sullivan.

Last week it emerged that more than 14,500 people who were prosecuted for road traffic offences are to have their convictions quashed as a result of a controversy over fixed charge notices and the exaggeration of garda breathalyser test figures.

It was revealed that from 2011 to 2016 the number of drink-driving tests gardaí claimed to have carried out was hugely exaggerated, by over 937,000.

In a Leaders' Questions dominated by the latest controversy to hit the garda force, Taoiseach Enda Kenny announced an independent review of the force.

He said: "It's time to conduct a thorough, comprehensive root and branch review of An Garda Síochána.”

A second external investigation will probe the wrongful convictions of almost 15,000 motorists, and apparent false data on breath tests.

The Taoiseach also said the Government continues to have confidence in Commissioner O'Sullivan.

Minister for Justice Frances Fitzgerald told the Dáil this evening that in June last year her department was made aware that some discrepancies were identified in relation to garda breath tests.

In the same month, she said her department was informed of an error in relation to summonses having been incorrectly issued to a large number of motorists to appear in court.

However, she said she only became aware of the scale of both problems when figures were revealed by the gardaí at a press conference last week. 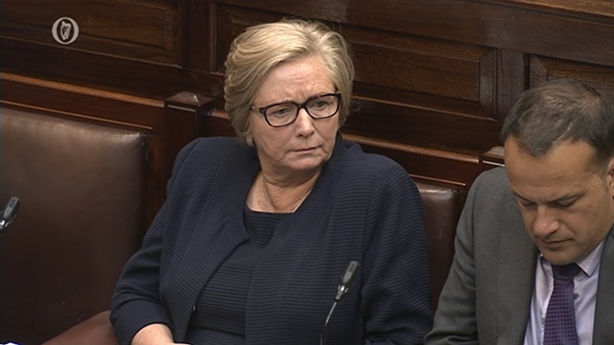 The minister told the Dáil that the wrongful conviction of 14,700 motorists could result in compensation cases being taken by people who feel their good names were tarnished.

She said the Government had decided today to conduct an independent investigation into these issues along with an independent root and branch review of An Garda Síochána.

The Tánaiste also said a report into Templemore would be published tomorrow.

Garda report on Templemore to be published tomorrow pic.twitter.com/8IoMYFEF1m

The Policing Authority has expressed its disappointment at not being advised in a timely manner that an audit of garda breath tests was under way.

In a statement this evening, the authority said that despite questioning over several months it has not yet been provided with the full internal reports or a clear sense of how these matters have been handled to date within An Garda Síochána.

The authority said that in the absence of the data requested it is premature to decide whether there is value in asking the Garda Inspectorate to examine issues the Garda Commissioner asked to be referred to the inspectorate.

The authority also asked that information on a range of issues be provided by An Garda Síochána so it can consider the matter further.

It is also to engage expertise to assist it in conducting a quality assurance review on the remedial actions taken in 2016 to help restore confidence in garda data.

Ms O'Sullivan will appear before the Oireachtas justice committee on Thursday. 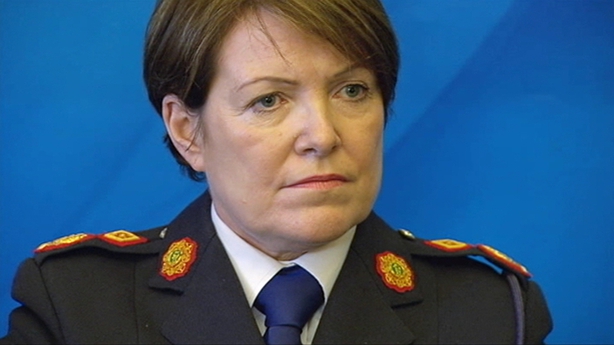 Today was the first opportunity for both the Cabinet and the Dáil to discuss the matter, which has led to calls for Ms O'Sullivan to resign.

While the Fine Gael side of the coalition is still expressing confidence in the commissioner, its partner in Government, the Independent Alliance, has yet to adopt a position.

Meanwhile, the Fianna Fáil frontbench has said it is not in a position to express confidence in Ms O'Sullivan.

Speaking following a meeting of the frontbench, the party's justice spokesperson Jim O'Callaghan said: "Earlier this afternoon my colleagues and I met and discussed the ongoing crisis in An Garda Síochána.

"We are clear in our view that following the ongoing failure to explain the circumstances of the massive discrepancies that have emerged within the force, or to assign responsibility for this, we are unfortunately not in a position to express confidence in the garda commissioner.

"We continue to seek answers to the very serious questions that are outstanding and we will continue to examine the various options open to us.

"We will also be pressing the Government to spell out the level of knowledge about these problems on the part of the Tánaiste and Minister for Justice and to explain what immediate steps the minister and the Government will now take to begin restoring confidence in the gardaí.

"Fianna Fáil is also now examining options for legislative change aimed at improving the strength and scope of the Policing Authority Act 2015." 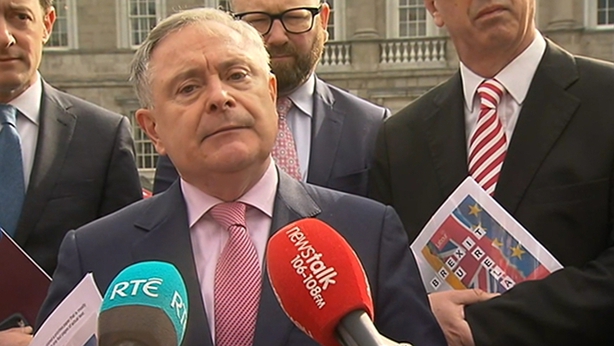 The Labour Party, meanwhile, has agreed a motion proposed by party leader Brendan Howlin, which expresses no confidence in garda management.

It also calls for changes to the remit of the Garda Authority to allow it to publish a reform programme based on Garda Inspectorate recommendations and to direct garda management to implement that programme.

Labour is circulating this motion to other Opposition parties and groupings, to attempt to reach a cross-party consensus, with a view to having it debated in Dáil Éireann next week.

Independents4Change TD Clare Daly earlier said the commissioner has shown an incredible "brass neck" in her response to this latest controversy in the force.

Ms Daly said that it is incredible that Ms O'Sullivan would use words like "transparency" when she knew the hierarchy "knew for some time" and kept the controversy from the Policing Authority and perhaps even from the Minister for Justice.

Fresh blood is needed and it is "beyond time" the Government asks the commissioner to go, she said.

Ms Daly described the controversy as the "latest saga in garda mismanagement" and as wholesale indiscipline.

She queried where the sanction for all this indiscipline was and she said the public is paying the price for the lack of reform in the policing system.

The fraudulent accounting in the system "is another aspect similar to the penalty point controversy" and the reforms that have been introduced were not strong enough, she added.

"Those charged with implementing reform have shown themselves to be beyond reform".