Police detained hundreds of protesters across Russia, including opposition leader Alexei Navalny, after thousands took to the streets to demonstrate against corruption and demand the resignation of Prime Minister Dmitry Medvedev.

The protests, believed to be the biggest since a wave of anti-Kremlin demonstrations in 2011/2012, come a year before a presidential election which Vladimir Putin is expected to contest, running for what would be a fourth term.

But Mr Navalny and his supporters hope to channel public discontent over official corruption to attract more support.

Mr Navalny, who hopes to run against Mr Putin, was arrested as he walked along central Moscow's Tverskaya Street with supporters, part of an unsanctioned rally.

Police put Mr Navalny in a truck around which hundreds of protesters crowded, trying to open its doors. 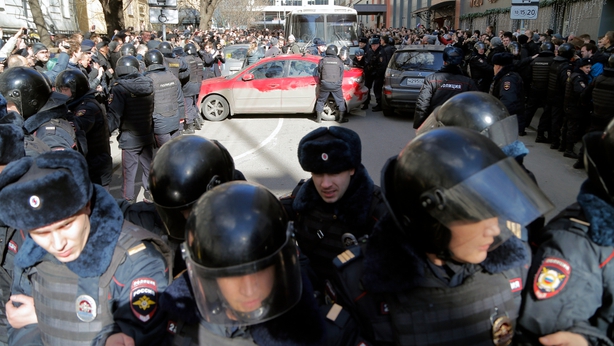 "I'm happy that so many people came out (onto the streets)from the east (of the country) to Moscow," Mr Navalny said, moments before he was detained. 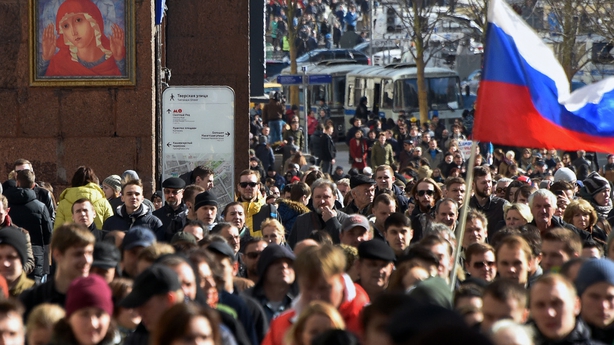 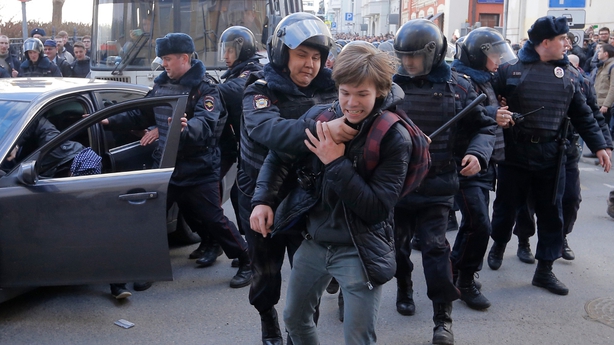 Witnesses at the Moscow rally saw at least 100 other detentions as a police helicopter circled overhead.

The Kremlin said on Friday that plans for the central Moscow protest, which the city's authorities had rejected, were an illegal provocation.

Mr Navalny called the protests after publishing allegations that Mr Medvedev had amassed a huge fortune that far outstripped his official salary.

Elsewhere, at a rally in the far eastern city of Vladivostok around 30 people were detained after unfurling banners reading "The prime minister should answer".